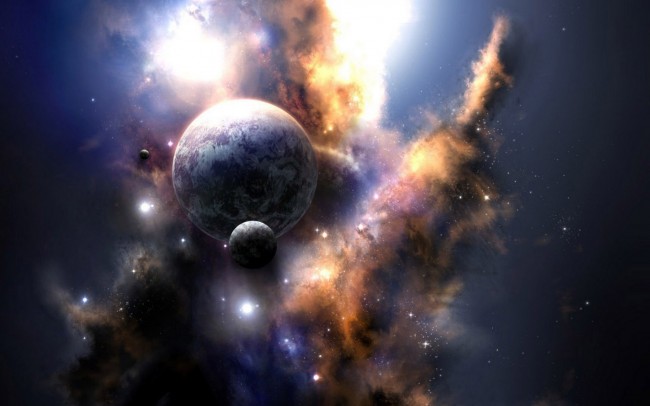 The typical masses of common objects in the universe can be made using simple combinations of a handful of fundamental constants, as demonstrated by two prominent Princeton University astrophysicists.

In the current era of physics, when the experts are scratching their heads trying to find a unified theory of everything, often finding that the mathematics does not permit elegant solutions, it is comforting that the masses of certain astronomical bodies can be expressed using a simple combination of constants.

The paper, by Adam Burrows and Jeremiah Ostriker, uses just five fundamental constants to reconstruct the masses of a normal star, a neutron star, a white dwarf star, a typical galaxy and a rocky planet. They were able to define maximum and minimum masses for some of these objects and characteristic masses for others.

These masses could be expressed in terms of powers and combinations of the mass of a proton, the mass of an electron, the mass of a pion (an unstable particle consisting of a quark and an antiquark), and two further constants important in nuclear physics: the fine structure constant and the gravitational coupling constant. The authors found that particular combinations of constants yielded masses within one order of magnitude of the astronomical objects. One order of magnitude is considered to be sufficiently accurate in astrophysics.

They also demonstrated that all the masses they derived could also be expressed in terms of only the Planck mass or the Chandrasekhar mass, combined with some dimensionless constants.

The Chandrasekhar mass is the mass limit of a white dwarf star (white dwarfs over this mass collapse into a neutron star or black hole). The Planck mass, which is the mass at which quantum effects become noticeable, is itself made up of fundamental units: the speed of light, the universal gravitational constant and the reduced Planck constant.

Expressing the masses in terms of the Planck mass or the Chandrasekhar allowed them to compare different masses and confirm that their results are reasonable. For example, they showed that the maximum mass of a rocky planet is sufficiently less than that of the smallest possible star. As a large rocky mass ignites to become a star, this is indeed the result they wanted.

The derivations presented in the paper rely primarily on dimensional analysis, which only uses the units (for example, units of time or length) of a quantity to probe relationships between quantities. While no predictions were made in the paper, which instead relies on the masses of astronomical objects being already known by astronomers, it makes profound connections between constants and the objects we observe in the universe. If the theory were complete, then all quantities would be able to be stated using just three constants corresponding to mass, length, and time, the authors note.

While not all of the results presented are new, and none are particularly useful, the authors elegantly demonstrate the interconnectedness of the full range of very small entities and very large astronomical objects with which physics is concerned.