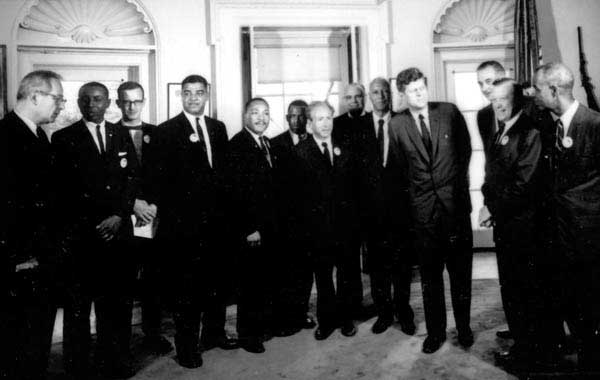 Martin Luther King Jr. is free at last, thank God almighty, free at last. Imagine the responsibility of a nation on one’s shoulders – think of the great burden he must have felt. For every follower of Martin Luther King Jr. who wondered if the day would come that they too would be seen not  just as a former slave, but as a true American citizen, it was a dream to be sure. To be considered worthy of using the same facilities as white people and to be treated equally under the law, if not equally outside of the law. Martin Luther King Jr.’s ideals were the impetus to set us all free.

The events of the Civil Rights Movement set the changes of a country in motion. Not only freeing black Americans from discrimination, but freeing the rest of the nation from an evil tantamount to oppression. In a country as great as the United States, the passions of King resulted in the pain that growth always seems to bring with maturation. Killings, hangings and verbal vitriol could not stem the tide from coming in and washing away the sins of the fathers. Even those who meant harm to the black population, their hate could not stand the test of time.

Martin Luther King Jr. was shot down in the middle of this tide, and yet it only strengthened his followers to finish the fight. Peace, as it were, was to ring the death knell on violence and the approbation of a better, stronger United States. The fruits of the righteous fulfilled their destiny, and now it is up to each of us to see it through to its dreamy conclusion.

King is free at last, thank God almighty, free at last. Free from the heavy burden of political persuasion and impassioned speeches, which only the deaf could not comprehend. Free from the tears of sorrow for the backward steps taken just as the road seemed clear, and for the blue skies that could be seen not too far away in the distance, and from the assassination of John F. Kennedy, the very assassination of a country’s character. Revealed for what it was, prejudice and calamity would no longer rule the nation.

The truth would out, and the sighs and tears of a nation steeped in intolerance and ignorance would soon transform to tears of joy and compassion. For King Jr., the thought of a world, if not a nation, guided by the dream of a citizenship free to be whom they may dream to be was a visionary truth. He knew that somewhere along God’s way, those that opposed justice would be stopped in their bloody tracks and their deeds to see justice done. If anyone could teach this truth it was Martin Luther King, Jr.

Free at last, thank God almighty free at last. Death could not make this a worse burden, but only a lighter way for Martin Luther King Jr. It should be the thought of all that lived with him and after him to see the error of our old ways. Hopefully, the celebration of his life and the mourning of his death will make us all thankful for the vision of truth King Jr. had in mind.