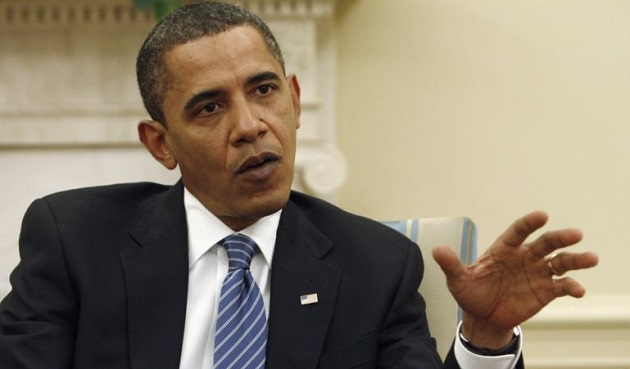 President Obama, in an interview with David Remnick published Sunday, made comments in support of marijuana legalization.  Obama made reference to his own well-documented history of smoking marijuana, calling it a bad habit and a vice and likening his use of the drug to his early use of tobacco.  The President also compared marijuana to alcohol, saying that he did not think it was more dangerous than alcohol.  Obama also stated his position on smoking marijuana as regards his daughters: Obama thought it was “a bad idea, a waste of time, and unhealthy.”

Obama made clear, however, his support for a change that would reduce selective, unduly harsh penalties (such as extensive jail time) suffered by individual users when those users are poor.  Minority races are usually poor relative to majority, Obama pointed out.  Obama stated that “middle-class kids don’t get locked up for smoking pot, and poor kids do.”

Obama warned about the problems associated with legalizing marijuana, specifically that marijuana legalization may be a gateway legalization to other drug legalization.  But Obama said the “experiment” going on in Colorado and Washington–the two states that have already legalized the sale of marijuana–was important because it is important to proceed to a situation where unfairly disproportional punishment for people committing a crime is ended.

Currently, marijuana is illegal federally in America under the Controlled Substances Act. Colorado and Washington approved legalization of recreational use and sale by ballot. Regulation and taxation were also legislated for, and the states stand to make a large profit from marijuana tax, tourism, and other revenue if their cannabis industry is allowed to continue.

Some of the U.S. Congress supports changes to the Controlled Substances Act. These changes would include exempting marijuana offences from federal enforcement in states where legalization has taken place.  In either case, it is worth noting that federal law enforcement would not likely target individual users, but would use their resources to go after distribution and organized crime elements of the trade.

Although Obama has previously made statements about his support for keeping marijuana illegal, his views have been seen to change somewhat, as the President’s views have on other issues such as gay marriage. When the government was asked about Obama’s views on legalization in the light of growing evidence of medical benefits associated with marijuana last August, presidential spokesperson Josh Earnest explained that the President did not advocate a change in the law “at this point.

The President has generally taken the position that going after drug traffickers is an important priority for the Federal. Gangs and those who use violence in their trade were seen as important targets for federal prosecution.  The President does not view the use of federal law enforcement resources to go after individual users–especially those who use marijuana for medical reasons–as a proper use of federal law enforcement resources. Although President Obama has now made statement in favor of changing the situation regarding punishing individual users of marijuana, which would certainly mean new legislation, it is by no means clear what course the federal government will take to bridge the gap between federal and state law in states that legalize.