Toyota Motor Corp: Reasons Why It Is the Top Car Maker for 2013 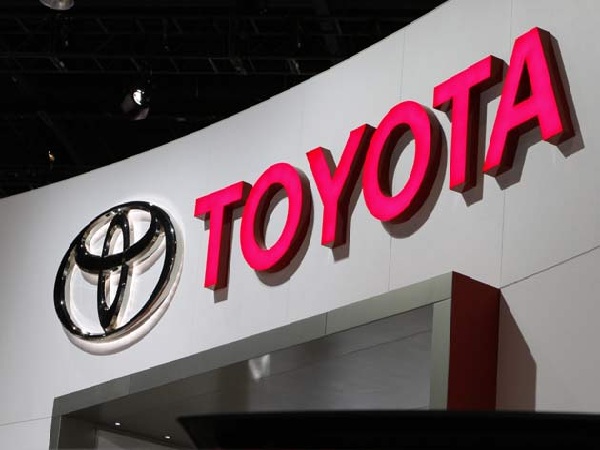 Toyota Motor Corporation produced 10 million cars making the Japanese giant the top car maker in the world for 2013. Toyota’s output for last year is already a record in itself as no other car manufacturer has produced that much vehicles for one year. A total of 10.117 million cars rolled out of Toyota’s manufacturing plants for 2013 which is 2.1 percent higher compared to its 2012 figure.

Notwithstanding the effects of the 2011 earthquake that shook Japan and the 2010 recall of more than eight million cars, Toyota has shown that it can stage a comeback big time. Toyota looked overseas to achieve this lofty position because 77 percent of the sales of its cars and light trucks were all made outside of Japan. In the U.S. market alone, Toyota is the number three car manufacturer behind General Motors Co. (GM) and Ford Motor Co. In the near future, analysts project that the Japanese car manufacturer could overtake Ford with regard to the U.S. market.

What are then the main reasons for Toyota Motor Corporation’s success in this highly competitive car industry?

One factor is the mix of the company’s distribution system, model lines and quality aspects which is hard to match at this point in time. In the U.S., Toyota’s model line is as varied as those of GM and even Ford. For example, Toyota’s luxury Lexus brand sells more than Ford’s Lincoln brand and GM’s Cadillac brand. This advantage translates to greater financial strength for Toyota as luxury cars carry with it higher profit margins compared to cars and light trucks.

Another aspect where Toyota reigns supreme is with regard to its brand strength. In the American market, Toyota continues to top most vehicle quality research surveys despite the 2010 recall fiasco. The recall pertains to the unintended acceleration and the problem with the accelerator pedal of some Toyota car models causing driver and passenger deaths and other related accidents.

“Abenomics” is another factor to consider when assessing Toyota’s performance for the past months. Abenomics is a Japanese economic policy named after Prime Minister Shinzo Abe where it deliberately debased the currency of Japan, the yen. In the U.S., the yen’s weakness was translated to lowering the prices of Toyota’s cars and other vehicles without fear of material loss. The lower the price of their cars means more units the company was able to sell.

With these advantages, Toyota now looks to China, the world’s largest car market and the European Union for greater sales. Although, a territorial dispute with China over portions of East China Sea is brewing, the tension is expected to settle down and eventually allow Toyota a stronger foothold on the Chinese market. With regard to the European market, Toyota’s sales right now are below expectations compared to the other big car manufacturers. This means there is an opportunity for bigger sales in that continent.

To aid Toyota in building up its good image with the public, the company recently announced that it will join several 2014 motorsports activities. These include joining the FIA World Endurance Championship and the Le Mans 24-hour race, the Super GT and Super Formula championships and the NASCAR racing series. Toyota will be represented in these racing events by its Lexus Racing and Toyota Racing teams, according to Toyota Motor Corporation’s President Akio Toyoda.

For 2014, the company expects that its car sales will be more than 10 million units. This mission will ensure that Toyota Motor Corporation will still be the top car maker in the world in the next few years.

3 Responses to "Toyota Motor Corp: Reasons Why It Is the Top Car Maker for 2013"