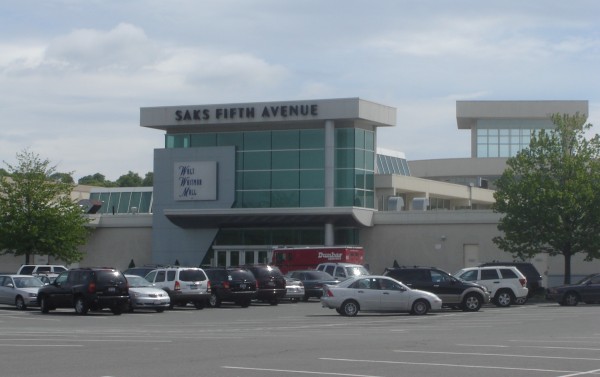 According to Fox News, a carbon monoxide leak at Walt Whitman Mall in New York has killed one person and injured many others. Police officers identified 55-year-old Steven Nelson as the man who died from apparent carbon monoxide poisoning after a leak was discovered on Saturday evening. Nelson was a manager at the Legal Sea Foods restaurant at the mall, which is located in Huntington Station on Long Island.

The restaurant, located in a detached building as part of the mall, was closed by Suffolk County police. Fox News reported that several other restaurants, including Panera Bread and the Cheescake Factory, were also evacuated as a precaution. An estimated 28 people were affected by the leak, including several rescue workers. All but a handful of patients have been treated at area hospitals for elevated levels of carbon monoxide and released.

Carbon monoxide is a colorless, odorless, and very poisonous gas typically produced by incomplete burning of fuel including wood, coal, propane, and natural gas. Because it is virtually impossible to identify without a detector, carbon monoxide can overtake people before they are even aware it is a problem.

Authorities are quickly investigating the carbon monoxide leak that killed one and injured many others in the New York mall on Saturday. ABC News stated that the official investigation is focusing on the heating system of Legal Sea Foods, where Nelson was found by officers responding to an unrelated emergency call. Suffolk County Police Lt. Jack Fitzpatrick stated that the incident seemed to be confined to the restaurant’s basement and that officers do not believe the fumes were present in the area of the restaurant where customers were located.

The initial emergency call received at approximately 6 p.m. reported a woman who had fallen and hit her head in the basement of the mall’s restaurant, according to police. When rescue workers arrived, they suspected a carbon monoxide leak after beginning to feel dizzy and nauseated. After evacuating the restaurant, police discovered Nelson unconscious in the basement and rushed him to Huntington Hospital where he was pronounced dead. There is no update on the condition of the woman who reportedly fell and hit her head.

Walt Whitman Shops is located about 35 miles east of New York City and has more than 80 stores. The carbon monoxide leak discovered in the New York mall, killing one and injuring many others, is one of several carbon monoxide leaks recently reported across the country. An estimated eight people died from exposure to the toxic gas after using emergency generators following a storm-related power outage in December. Three New Hampshire residents also died from carbon monoxide poisoning last week. Officials urge people to use carbon monoxide detectors in their homes and to check them regularly.