By Meleika Gardner on February 5, 20142 Comments 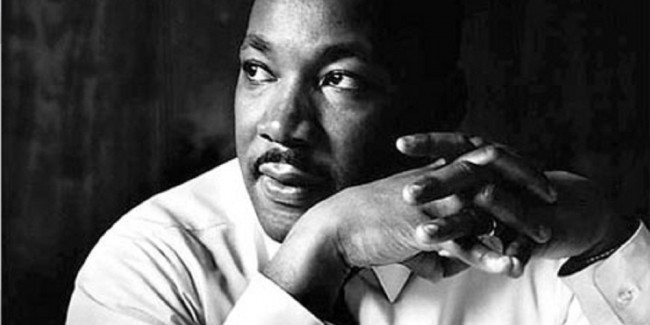 Many would say the name Dr. Martin Luther King Jr. carries an undeniable legacy. Dr. King left a legacy for generations of King children yet to be born as well as to a nation of people who are proud to tell the story of an influential man’s life. He fought for the equality of African-Americans in a society where they were often treated less than human. Dr. King is best known for his non-violent approach and passion to bring all cultures together in harmony. As children are sitting in their classroom during Black History Month in the month of February, many supporters of the King legacy are disheartened to learn that Martin Luther King Jr.’s own children are at war with one another.

According to CBS News, the King children are battling over his Nobel Peace Prize and his “traveling” Bible that President Barack Obama used when he took the oath to be sworn in as the first African-American President of the United States. The icons are historical and viewed by many as priceless. However, the sons of Dr. King, Martin Luther King III and Dexter King, allegedly believe a Nobel Peace medal and a Bible of their father’s has a price value to a private buyer wanting to purchase these items from the King estate. King’s daughter, Reverend Bernice King, refuses to agree to sell these pieces of her father’s legacy.

The Augusta Chronicles reported that the King estate, which is controlled by her brothers has filed a complaint against Reverend Bernice King requesting the judge to force Rev. King to turn over the items and pay the legal fees. Reportedly the King estate’s complaint does not state that it intends to sell the items. Rev. King acknowledges that the family agreed back in 1995 that the heirs to the Martin Luther King Estate Inc. agreed to sign over their rights, but she is reported to believe that this is an act of desperation by her brothers.

Dr. Martin Luther King Jr. was a pastor and a leader in the civil rights movement. Dr. King drew heavily from the teachings of the ever peaceful Mahatma Gandhi and from his own deep faith. Dr. King led a movement in the 1960s that brought transformation to an unkind, unjust, and prejudiced nation. He fearlessly marched the streets of Alabama where African-Americans were not allowed to eat, use public restrooms, drink from water fountains, or ride the front of the bus with whites. As police, attack dogs, and water hoses were used to violently beat King and those supporting the movement into giving up, King stood strong and peaceful. Giving up on his vision for equality for his country was not an option. From his jail cell in Birmingham, he wrote the Nobel Peace Prize speech I Have a Dream. The Martin Luther King Jr. Center takes pride in educating generations about his journey for social change and freedom. He is now studied in universities around the world.

When Dr. King continued fighting for economic justice as well as civil rights in 1968, he was assassinated. He was just as impactful in death as he was in life. His vision and spirit to never give up opened doors for the generations to follow. Many believe that Dr. King smiled in his grave when President Barack Obama was sworn in on his Bible. To see his children at war with one another could possibly have him turning over in his grave in shame. He taught peace to a nation. The children of Dr. King may have grown up having to sacrifice their father to the masses, and Reverend Bernice King possibly wants to hold onto a piece of her father that belongs only to her family.

What Dexter King and Martin Luther King III intend to do with their father’s Nobel Prize and Bible is unknown, but is is a shame to see the children of Dr. King at war. Most men work hard all of their life to leave behind wealth or property to their children and their grandchildren. Whether the Nobel Peace Prize or the Bible falls into the hands of a stranger at a price or for free, Dr. Martin Luther King Jr. left his children something much more solid than a medal or a book; he left behind a legacy. Many believe the economy has people in a desperate state, but how desperate is it to pawn a legacy?