El Chapo Guzman to Be Released? 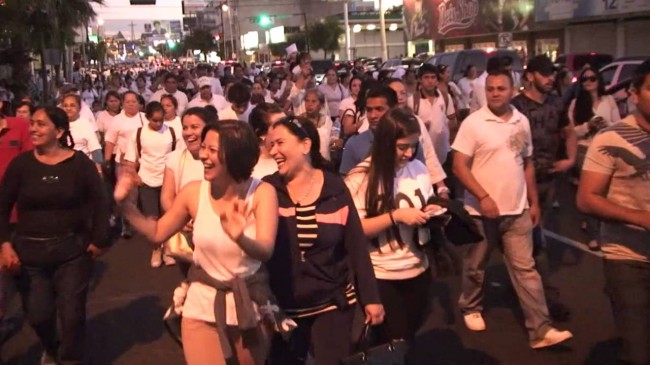 El Chapo Guzman to Be Released? At least that is what the people of Sinaloa demand. As stated by the New York Daily News “One person’s drug lord is another person’s hero.” The capital of Sinaloa demonstrated support for the release of El Chapo, hundreds of people wearing white marched, and chanted with signs that stated their love and appreciation for El Chapo. Many believe El Chapo supported his community and deserves to be released. Federal judges in Mexico ruled on Tuesday that El Chapo must face 2 separate trials on charges of trafficking and organized crime. Although he has charges pending in Chicago and in New York City, it is not believed he will be extradited anytime soon.

Protesters threw water bottles at police causing the police to use tear gas and arrest many of them. Children and families marched while dressed in white and carrying banners that read about the goodness of El Chapo, and about El Chapo being the protector and defender of the public. El Chapo Guzman to be released, is what the people demand. How can a man who is known for cutting the heads off his enemies be so loved by the community? Joaquin “El Chapo” Guzman was born into poverty, with only a grade 1 education, he went on to become one of the world’s richest and most powerful men. He is estimated to make $1 billion a year, and have a staff of over 150,000. He has even been given the title of Public Enemy Number 1 in Chicago, a title that has been long attributed to Al Capone. How did the leader of the Sinaloa Cartel become the most loved criminal in Sinaloa? His rags to riches story resonates with the community. The Sinaloa community also feel protected from other cartels, permitting the community to be relatively free of the violence that encompassed the over 100,000 deaths due to the cartel wars in Mexico. The cartel also provides employment to the poor, more specifically those in the mountains. And hires Sinaloan miners to construct the famous tunnels they use to move drugs into the US.

El Chapo was previously captured in 1993 in Guatemala and extradited to Mexico to serve a sentence on charges of drug trafficking and bribery, among others. There have been rumours that through bribery he was able to continue living his accustomed lifestyle from prison. According to journalist Anabel Hernandez, whom was interviewed for Univision, prison was more like a party for El Chapo. He was allowed prostitutes and drugs, as well as to conduct business from within. Reporter Geraldo Reyes described it as a 5-star resort, a feat he was able to accomplish through bribes that consisted of deliveries of large suitcases filled with money, and intimidation.The release of El Chapo will not happen, but El Chapo may just walk out once again. El Chapo walked out of the prison in 2001, the walkout reportedly cost him $2.5 million in bribes. If El Chapo stays in Mexico will he walk out the same way? According to Forbes, this is one of the biggest risks of keeping him in Mexico. He has the resources to bribe authorities into once again running his business from prison, or even escaping.

3 Responses to "El Chapo Guzman to Be Released?"