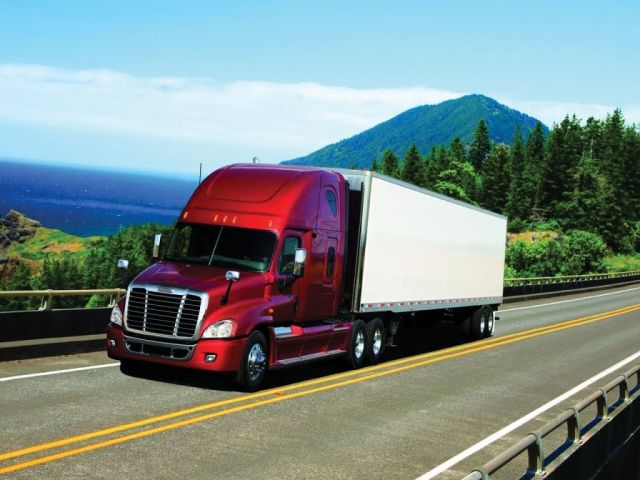 The debate over global warming will probably rage on until mile-thick ice sheets once again cover North America. Yet even then, the prescribed “cures” for global warming will still cause more damage to humanity than a changing climate could ever hope to. Unfortunately for the regular citizens of the world, global warming, “climate change” and all of the trillions of dollars in policy they are used to influence, represent money poured down the drain and policies which can only strangle progress and severely harm poorer populations.

For instance, the Environmental Protection Agency (EPA) recently created the “temperature change calculator,” which was designed to show how reducing carbon emissions would affect climate change. Evidently doubling the fuel economy of commercial trucks by 2018 will have absolutely zero impact on rising temperatures. That little fact can be attributed to one of two very important issues: Either it won’t work because temperatures have not been rising, or it won’t work because carbon dioxide has zero impact on global temperatures. In fact, if the United States of America reduced its total carbon emissions to absolute zero, this year, the best estimate is that global temperatures would lose .2 degrees of rise by the year 2100.

The only tangible benefit the EPA can hope to advertise, is that their new rules will save truckers money at the pump. While that might happen, it says nothing about the grossly increased costs of maintenance and purchase prices, which will ultimately all be borne by the consumer. When the cost of shipping goods goes up, the cost of goods goes up. When costs go up for foodstuffs and consumer goods, “the poor” are always the ones hit hardest. Then, as the cost of living rises for the nation’s poor, greater spending will be required on social programs; meaning higher taxes will be levied against those truckers. Which, once again, will be passed along to the consumer.

Which says nothing of the employers who will be put out of business or forced into bankruptcy, as rising costs force them into poverty. The genuine human costs these “global warming cures” have caused -and will continue to cause- far more damage than they are even designed to mitigate. It is hard to imagine these calculations have not made it into the minds and machinations of the world’s political leaders. Which means perhaps there is more going on behind the scenes than simply “saving the planet.” Well, either that, or the comedians have all been right and the nations are being led by blithering idiots.

Certainly, some of America’s leaders – particularly on the Democrat side of the aisle – have said some amazingly, embarrassingly, stupid things; one Democrat Congressman openly feared that too many American military personnel on the island of Guam would cause it to “tip over and capsize.” While another senior Democrat asked a ranking NASA official if the Mars rover would go “visit where the astronauts planted the American flag” back in the 60s. Which is not to say many Republicans have not also opened their mouths and inserted both feet. So it is not as if the “blithering idiot” theory does not hold any water. However, it is too frightening to imagine that all of the world’s leaders possess this level of limited intellect:  [watch video]

One of the biggest clubs that the global warming theorists like to pull out during debate on that topic, is the “peer review” process. Peer review is the scientifically mystical process by which popular theories can be said to contain facts. If a theorist’s peers have reviewed and approved his particular point of view, they congratulate themselves for passing muster.

The process in its original form was designed to be an absolute double-blind. Editors would remove the name of the author of a given paper, then send it off to other random authors with relevant degrees and credentials to check their work. Within the global warming community however, authors names were not removed, and the chosen peers were hand-picked by virtue of their ideology. Moreover, it has recently been discovered that computer generated gibberish and “scientific” sounding gobbledygook has sailed through the peer review process and been published. So much for “peer review” serving as the gold standard to which all information must rise.

Prior to 1970, the great global fear was an oncoming Ice Age. It is interesting to note, that the very same cures being offered currently for global warming – burning fewer hydrocarbons for energy, raising taxes, “spreading the wealth” and in all ways halting progress – were offered as necessary to keep the planet warm. Which raises two very interesting questions: Exactly how much glaciation is necessary for a “perfect” earth, and how can the same “cure” correct two completely opposite conditions? If tomorrow, it was irrefutably determined that the earth is entering another Ice Age, would mankind be encouraged to drive farther in less fuel-efficient transportation?

On a bright note – which, interestingly enough, makes the global warming “cure spending” even more ludicrous – there has been no actual, measurable, global warming for at least the past 17 years. The Earth has been enjoying a particularly mild weather cycle. Storms have been few and far between of late, their intensity far reduced from expectations. Certainly, there have been some devastating storms over the past few years, but major storms have been happening for thousands of years without mankind burning hydrocarbon fuels to cause them. All of the dire predictions of the innumerable catastrophic storms making landfall, spectacularly failed to occur.

It is almost as if fear is being spread, taxes are being raised, wealth is being “spread around” and progress is being halted, for absolutely no reason whatsoever. The end result of which, is misery and deprivation for the world’s poor. Not to mention the damage it will incur on working families and the middle class. The people who are amassing the greatest fortunes by virtue of the global warming cures are causing far more damage than anyone has imagined. So the question becomes, will they stop before it is too late?