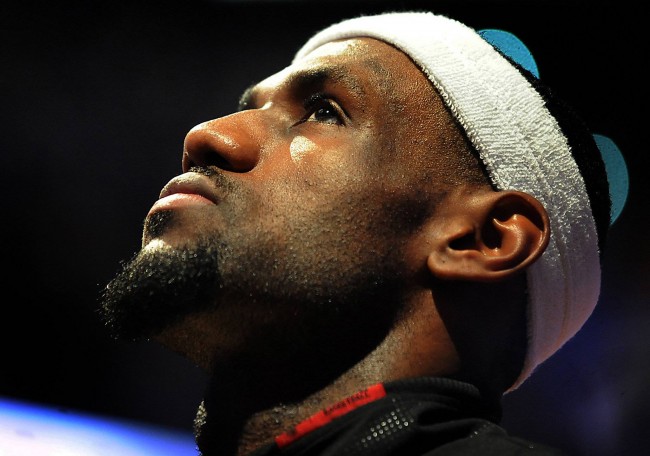 Lebron James thrashed the Knicks the other night wearing a mask that resembled Batman. But if Lebron really wants to do something super heroic, there is a far bigger accomplishment out there than winning a third straight NBA Championship. Something that neither Michael Jordan neither nor any other player has accomplished. James can save his hometown Cleveland Cavaliers.

A developing plot twist makes the idea more plausible.  It involves the city of Seattle, Kyrie Irving and the long term viability of Cleveland as an NBA franchise. The city of Seattle is actively pursuing another NBA franchise to replace the Sonics and the league would love to have a franchise back in the 12th largest market in the country.

The next player in this puzzle is Irving, a brilliant point guard on the verge of super stardom. Irving, like James, was the number one overall pick by the Cavaliers in 2011. Eight years after the Cavs selected James. Irving becomes a free agent at the end of the season and has said all the politically correct things about staying in Cleveland and remaining a Cavalier.

Don’t bet on that happening. Rumors have been circling for a while that Irving is gone once the season ends. And who could blame him? The Cavaliers are a running joke and will not be competitive any time soon. Why would Irving stay is a better question. If James, a hometown hero in Cleveland did not want to be in Cleveland there is little reason to believe Irving will.

Which means the Cavaliers would be right behind Irving in leaving Cleveland. Being rejected by two superstars within five years of each other would be a death sentence for the Cavs in Ohio. There would be zero hope of getting any future star to stay. The Cavaliers would be viewed as a minor league team where players leave after three years to move on to better situations. While Seattle waits.

How does the NBA in good conscience leave a team in Cleveland when a better and more competitive alternative such as Seattle are available? And how do they justify the obvious imbalance in the NBA to basketball fans that watch as franchises like Cleveland become irrelevant and hopeless. The answer is the Cavaliers have to move. They will not recover if they lose Irving after just having lost James.

Enter James again. His return is Cleveland’s only hope of keeping the Cavaliers in town. He too can be a free agent after the season and if he were to sign with his old team then surely Irving would stay as well. Look, Lebron may very be well be content to stay in Miami and chase as many titles as he can. But maybe he sees a bigger picture here. Maybe he sees playing with Irving in Cleveland as a better alternative than Chris Bosh and an aging Dwayne Wade.

Lots of players have won championships. How many have saved a franchise? Who can claim that legacy? Lebron James can be the Cavaliers savior. At the very least he is their only hope.