Same Sex Marriage Will Not Solve Anything 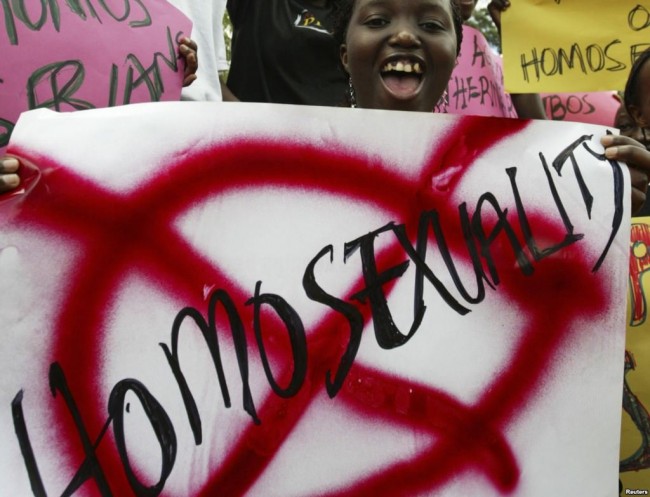 The fight for marriage equality is an extremely hot topic lately, as the federal courts in the United States topple anti-gay laws and denounce proposed anti-LGBT bills as unconstitutional. Entire countries around the world are rewriting their laws to allow same-sex couples to get married. However, same-sex marriage becoming legalized around the world will not solve anything. Marriage equality is just the tip of the iceberg, and it is not even the most important thing to focus on in the fight for the rights of LGBT people. American media has tricked its audience into thinking that it is the final frontier of the fight for equal rights.

Earlier today, the news broke of a mob in Nigeria’s capital that pulled 14 men who were suspected to be gay from their homes and beat them using iron bars and wooden clubs. Four of the men that the mob targeted were reportedly attacked by police officers. This is the news that inspired this piece.

The only thing same-sex marriage provides is a pretty, profitable veil for most high-profile LGBT organizations to hide behind without having to address the dark, ugly truths that face gay, lesbian, bisexual, and transgender people around the world.

There will always be the fear of being attacked for simply existing; the fear that someone will take it upon themselves to serve the justice they believe the government did not. However, these vigilantes are not be taking care of a problem that has been overlooked by the judicial system, they are murdering innocent people for no reason other than their own prejudices.

While 18 countries and 17 American states have legalized same-sex marriage, 33 American states have actively instated laws and altered their constitutions in order to ban it. More shocking, however, is that there are 68 countries that consider simply existing as an openly gay human being to be a crime. Furthermore, there are five countries whose governments will put gay, lesbian, bisexual, and transgender people to death just for being who they are.

It is important to note that the issue of the criminalization of homosexuality around the world is, in fact, being addressed. Two examples of this are the recent Twitter campaigns started through the No More Triangle Nations project, one calling for Pope Francis’s denunciation of the countries that have laws that put homosexual people to death, and the other pressuring President Museveni of Uganda to veto a very drastic, harmful anti-homosexuality bill.

However, rather than placing the spotlight on efforts to save the lives of LGBT people around the world like those put forth by the New Ways Ministry and the Fellowship of Affirming Ministries in their No More Triangle Nations project, the news is filled with marriage equality. And, yes, while it is important, same-sex marriage does not and will not solve anything more than integrating same-sex couples into a broken system that rewards people for conformity to the status quo. People around the world will still be imprisoned because of their sexuality. People around the world will still be murdered because of their sexuality. But at least all American couples will be allowed to file jointly on their tax returns.

4 Responses to "Same Sex Marriage Will Not Solve Anything"