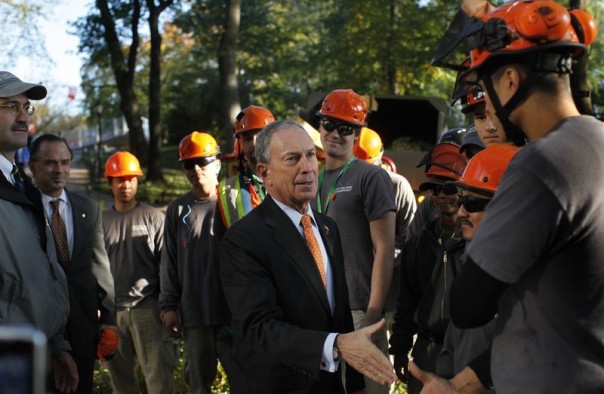 United Nations climate efforts have reportedly lost steam since 2009, when leaders at the Copenhagen climate summit were unable to reach a consensus on carbon emission reduction mandates. The next climate summit is scheduled for this coming September in New York, so electing Bloomberg is part of an effort to catalyze enthusiasm for the event.

During his time as mayor of the largest city in the United States, Bloomberg worked on a variety of climate change initiatives. Over half of the world’s population now lives in urban areas, prompting leaders to increasingly question how to maximize energy efficiency in cities worldwide.

1) PlaNYC. Bloomberg launched PlaNYC in 2007 to ensure a livable environment for New York City’s 8.3 million residents while paving the way for one million new inhabitants. City agencies, including the Department of City Planning, Department of Environmental Protection, Economic Development Corporation and Workforce Investment Board, partnered to increase efficiency of existing systems and create more housing, transportation, and green spaces for city residents.

New York City now has the cleanest air quality levels in 50 years, with greenhouse gas emissions reduced by over 15 percent. By 2030, the goal is to have emissions reduced by 30 percent. Whether Bloomberg will be comparatively successful in his new United Nations role, remains to be seen.

PlaNYC has not been without criticism. Peter Marcuse, professor of urban planning at Columbia University in New York, wrote a review of PlaNYC four years after its inception. Marcuse said that the effort was neither comprehensive nor historically founded, then pointed out that most of the initiatives by PlaNYC addressed infrastructure development in lower Manhattan, leaving out other areas of the city.

While he gave a nod to the environmental goals of the plan, Marcuse cautioned that initiatives that do not fully account for current social and economic conditions are not in the interest of the people. He claimed that PlaNYC served vested interests, and pointed out that the plan accepted growth as inevitable, an assumption that needed to be questioned.

Today, C40 members met in Johannesburg to discuss the role of cities in addressing climate change. Leaders released a report giving evidence of the efficacy of actions taken by cities so far, which stated that cities have initiated over 8,000 actions to mitigate climate change. A press release announced the launching of a new city support program; Cape Town, Dar es Salaam and Nairobi joined as members today.

The ad campaign was launched alongside an expansion of the “food waste recycling program” in certain buildings in Manhattan, with expansion into Brooklyn and the Bronx slated for the fall. In December, the New York City Council made a further effort to divert organic matter from landfills by passing a law requiring food waste from major establishments to be recycled.

While these are only three of the numerous efforts advanced by the former mayor, they specifically address urban sustainability, and may foreshadow Bloomberg’s approach as the new cities and climate change envoy to the United Nations.