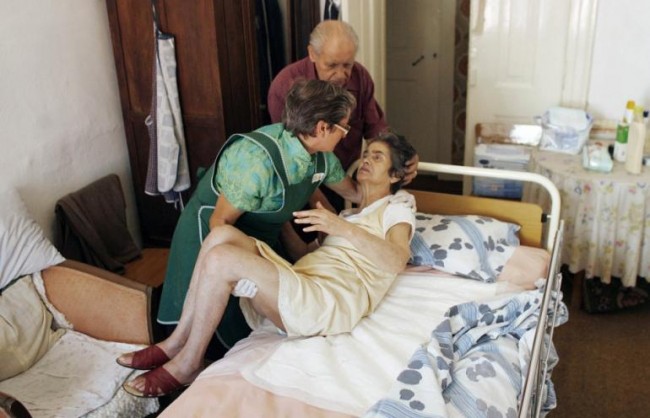 Alzheimer’s cures: natural but effective. Alzheimer’s and dementia are becoming well-known diseases in the world and there is now a race to discover a cure. Most studies have focused on traditional medicine including vaccines but some research has focused on alternative medicine. Here are five examples:

Ginko
The best known herbal treatment for Alzheimer’s is Ginko Biloba. According to the NYU Langone Medical Center, numerous high quality studies have proven this herb effective for reducing symptoms of dementia. A promising study published in 2007 followed 400 people for 22 weeks, and used a significant dosage of gingko. The results of this trial showed a significantly superior effect on dementia than the placebo. The areas where ginkgo was shown to be the most useful are apathy, nighttime behavior, sleep, depression, anxiety and irritability. One promising aspect to this treatment is that has been shown to be just as effective as more traditional drugs and it is safe for use. Ginko functions by stimulating nerve-cells and protecting them from further injury; however, gains in circulatory ability may also be a factor.

Keytones
There is less scientific and more anecdotal evidence that the keytones found in coconut oil may significantly reduce symptoms of Alzheimer’s and dementia. There have not been enough studies to determine if this treatment is effective but there have been dozens of requests for studies on keytones. Most recently, The Alzheimer’s Foundation funded a study by by David Morgan, Ph.D. from the University of South Florida. He found some evidence that when a person eats a diet very low in calories, their body goes into a ketogenic state in order to protect the energy supply to the brain. There is some evidence that this state can be beneficial for some brain conditions, and preliminary evidence suggests that it may perhaps be helpful for persons with Alzheimer’s disease.

Coffee
Alzheimer’s cures: natural but effective. According to Best Health Magazine, researchers from University of South Florida gave mice with the symptoms of Alzheimer’s disease the equivalent of five cups of java a day. They found that the mice recovered their lost memory and that the caffeine may have slowed down the production of protein plaques that result in the disease. They caution not to go overboard on drinking coffee as trials have not been done on humans.

Omega 3 Fatty-Acids
According to The Alzheimer’s Association, research has linked the high intake of Omega 3s to the possibility of a reduction in the risk of dementia. DHA is the main fatty acid found in fatty membranes that surround nerve cells. Why does Omega 3 influence dementia? There are theories that Omega 3s benefit the heart and blood vessels; have anti-inflammatory effects; and support and protect nerve cell membranes.

Alzheimer’s cures: natural but effective. Natural cures have long been used in alternative medicine. The unfortunate part is that they are not regulated. All of these ideas appear to be promising but further research would be prudent.