Disability and Back Pain Treatment: Education Better Than Core Training 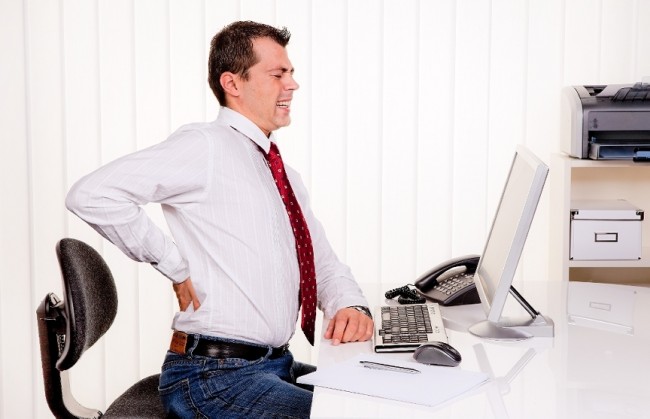 Low back pain and related disability cost American health care more than $85 billion annually and constitute about 10 percent of the reason for primary physician visits. Most of the treatments don’t really work, although exercise seems to be one of the most effective and economic non-invasive method to treat low back pain. Some coaches and trainers may blurt out, “Do planks, hip bridges, or the superman.” Some physical therapists may recommend lumbar spine and hip isolation exercises. However, recent studies show that pain education and awareness is a better treatment than core training alone on low back pain and disability.

A 12-week study that was published in the November 2011 issue of BMC Medicine investigated whether core training alone or in combination with a psychosocial education program (PSEP) can prevent low back pain incidences among U.S. Army recruits. The PSEP is meant to reduce fear and threat of low back pain by providing evidence-based information. Over 4,300 soldiers were qualified to participate in the study, and they were randomly divided into four groups: Core training with or without PSEP and traditional lumbar exercises with or without PSEP. The result of the study showed no differences in low back incidences between the groups who did core training or lumbar exercises only. The groups who had PSEP, however, had an overall 3.3 percent decrease in absolute risk reduction and had about a 17 percent reduction in relative risk. Researcher Dr. Steven George, Ph.D., of the University of Florida Health and his colleagues wrote that the 3.3 percent may seem small, but even small decreases in low back pain incidence could “potentially lessen the burden on a health care system.”

Indeed, every little savings count over the long term. George and his colleagues did a follow-up study two years later that was published in the April 2014 issue of Spine Journal. They reported that the median of cost reduction per soldier was $26 lower than those who did not receive PSEP. However, after the median was adjusted for total health care costs over a two-year period, the analysis showed that costs for soldiers who received PSEP were estimated to be $2 lower than those without going through PSEP. Despite the marginal effect of the education program, researchers wrote that if the 1,995 soldiers in the PSEP group did not receive the education, they estimated that almost 17 percent of them would result in an adjusted median cost of $517 in low back pain care compared with the current 15.0 percent of those incurring a cost of $399. This sums up to an actual savings of $52, 846 during the psychosocial study trial. George and his colleagues speculated whether this system would apply to the civilian population to help reduce health care costs and reduce back pain.

Around the same time the military study was published, a study from the Norwegian University of Science and Technology that was published in Spine also showed that patients’ pain condition didn’t improve after core exercises were performed over an eight-week period once a week. In the study, 109 participants with chronic low back back were randomly assigned to one of three treatment groups: Core exercises with little load, high-load arm sling exercises, and general exercises with little emphasis on the core. In all three groups, there were very little differences in low back pain improvement. Thus, researchers concluded that there were no differences in abdominal onset change and low back pain. 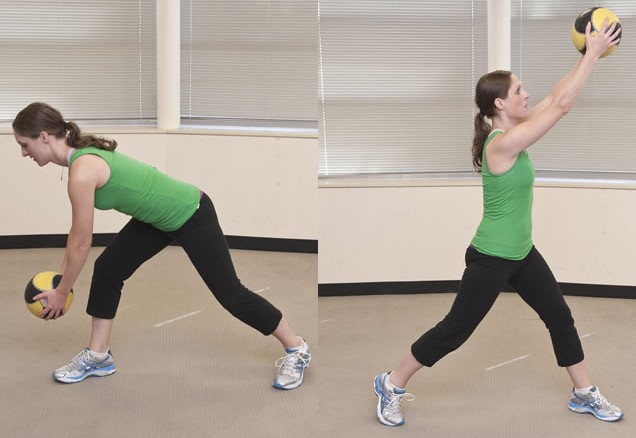 Even though neuroscientists and health care professionals are beginning to realize that structural abnormality or biomechanical damage may not always contribute to low back pain and disability, sometimes treatments on the back and training the core are still important to some extent. Exercises that emphasize on torso, hip, and spine mobility and stability can still help chronic back pain sufferers move and feel better. Researchers from Saitama Medical University in Japan found that patients who performed cross-body exercises that used contralateral movements had a significantly lower reports of back pain — about an average of 30 percent less — than those who performed traditional stability ball exercises, such as seated pelvic tilts and seated one-leg raises.

Physical therapist Tony Ingram, who practices in St. John, Newfoundland, stated that the back is still an important part of the puzzle in patient care. Even though numerous studies and scientific literature show a lack of correlation between structural damage (e.g. scoliosis, subluxation, herniated discs) and pain, current imaging technology may “lack the resolution necessary to detect important damage or defects” that are in a microscopic level. Ingram added that the imaging procedure requires patients to remain stationary. Regardless of which position they are in, there is no relationship between back pain and receiving imaging in different positions, such as lying down or standing up. “You also can’t MRI someone while they walk or do stairs,” he wrote.

Core training alone may not be the magic pill to prevent or minimize the risk of low back pain and disability, but with better pain education and individualized treatment, more chronic back-pain sufferers wouldn’t have to be among the 1.5 billion people worldwide who suffers from back pain. When dealing with pain, there is rarely a one-size-fits-all approach for everyone since back pain is often a case-by-case issue. By learning, correcting, and re-evaluating how the body and mind works in relation to their environment, science may provide better treatments to chronic low-back pain without the need of locker-room myths.

Disability and Back Pain Treatment: Education Better Than Core Training added by Nick Ng on March 27, 2014
View all posts by Nick Ng →

One Response to "Disability and Back Pain Treatment: Education Better Than Core Training"