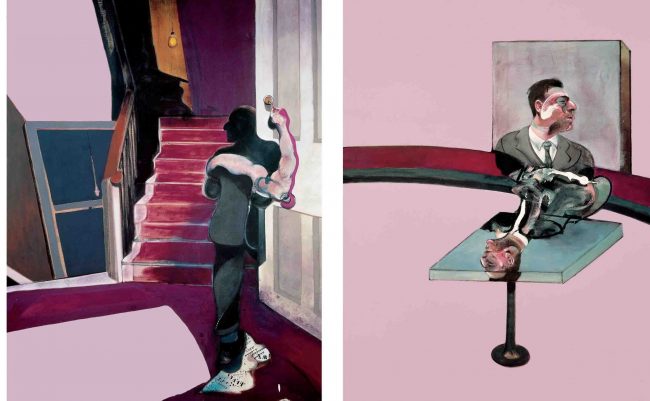 Francis Bacon’s triptych In Memoriam to George Dyer is currently being exhibited at Amsterdam’s Nieuwe Kerk, the church on the Dam. No longer functioning as a church except on rare royal occasions such as coronations, the location mainly serves as an exhibition hall for traveling exhibitions. On loan, the painting depicts the death of Bacon’s friend and one-time lover, George Dyer. Dyer, a petty thief taken in by Bacon, was a noted alcoholic and committed suicide on the eve of the painter’s triumphal 1971 exhibition in Paris.

The painting, a series of three, is presented as an ensemble in front of the effigial monument to the Dutch naval hero, Admiral Michiel de Ruyter. The larger-than-life marble body of the admiral is blocked by the black boxed set by Bacon. However, on the back side of the monumental sculptural memorial, the vault holding the actual body of de Ruyter is visible through a glass wall. His coffin, in a Bacon-esque explanation on the wall, was replaced out of necessity in the early 19th century. Upon opening the tomb, it was found that de Ruyter’s severed left leg, which had been blown off by a cannonball in 1677, had been likewise deposited into the coffin. The quality of the body’s embalming, it was reported, was not highly appreciated. 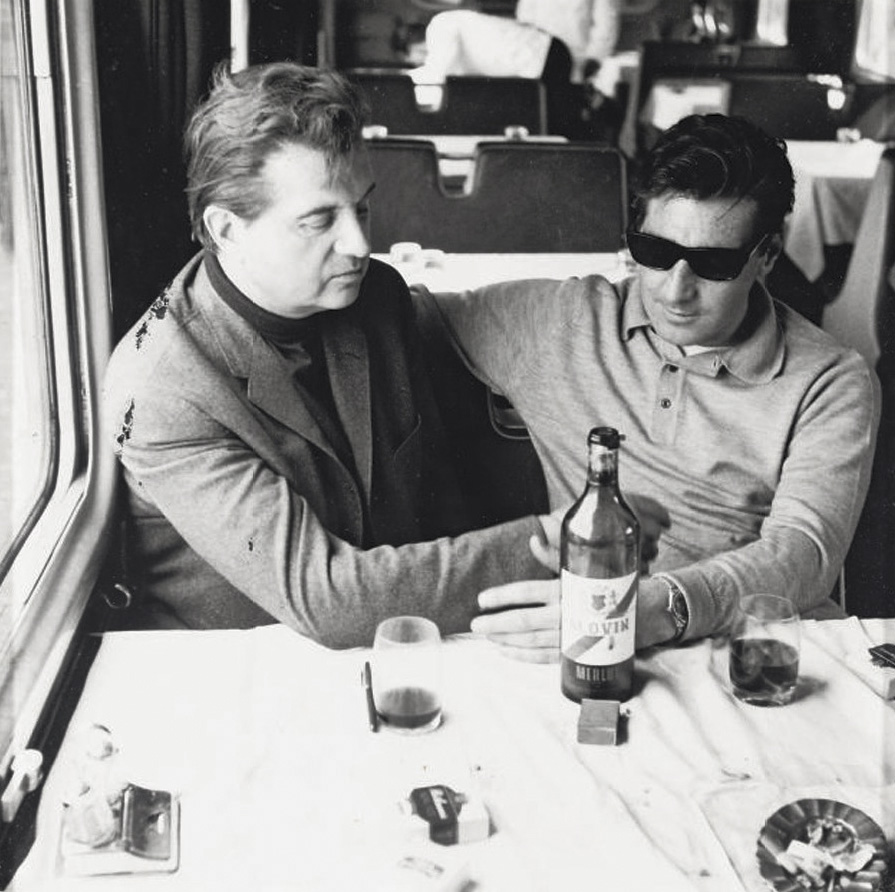 Martyred in paint, the somewhat redeemed thief Dyer was quite taken by the portraits Francis Bacon made of him, although he did say that he thought the works looked “horrible.” The distortion of the lone figure in the three paintings comprising the triptych can be described as grotesque. Bacon had produced at least one painting of Dyer sitting on a toilet prior to the suicide of his friend. Notably, Dyer was found dead sitting on the toilet of the Parisian hotel where he was staying while accompanying Bacon to the celebratory exhibition. There have been suppositions made that Dyer knew what he was doing by drawing his last breath while seated upon the toilet. Whether this was true or not, Bacon was wracked with guilt following his friend’s death due to an overdose of barbiturates after a night of heavy drinking. Bacon painted three triptychs; the ensemble is called the Black Triptychs, in an effort to work through the pain.  One of the triptychs repeatedly depicts the moment of Dyer’s death on the toilet.

The remorse present in the paintings is palpable. The 1971 Francis Bacon triptych on display in the Amsterdam church shows in the central panel the stairway and hall of the hotel where Dyer met his maker. A figure is inserting a key into the door, nearly shadowless, a field of poignant pink behind him. The ascent and descent of the stairwell is hauntingly expectant. The double-headed figure on the right is near proper; one head resolute and posed, the other head melts into the table top like a burnt Formica effigy. These panels are comparatively compact and acceptable social antics when juxtaposed with the ball of spine rolling sexual pleasure or hedonistic agony in the panel on the left. 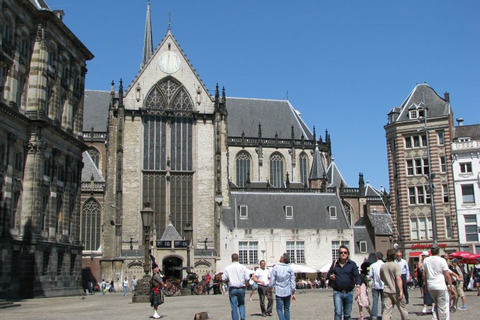 There is not much else to view in the Nieuwe Kerk on the Dam in Amsterdam. The church began the habit of showing a single large work of art in 2011 when it exhibited Rembrandt’s The Holy Family. In the series entitled The Masterpiece, the Nieuwe Kerk also exhibited Andy Warhol’s The Last Supper (pink) in 2012. The move perhaps reflects a certain remorse for the destruction of the artistic collections of the Catholic Church when the Reformation took hold in the Netherlands and crowds seized the sacred belongings and dispersed them, mainly directly to graves for being such poor representations of God’s glory. Not going overboard on visuals, and displayed with a whiff of self-denial, the reserved exhibit is a tacit acknowledgment of a religious or spiritual representation on a large scale. The Francis Bacon triptych in the Amsterdam church is on display until late March 2014.

The Estate of Francis Bacon

Altarpiece for an Atheist (Google Book)

One Response to "Francis Bacon Triptych in Amsterdam Church"