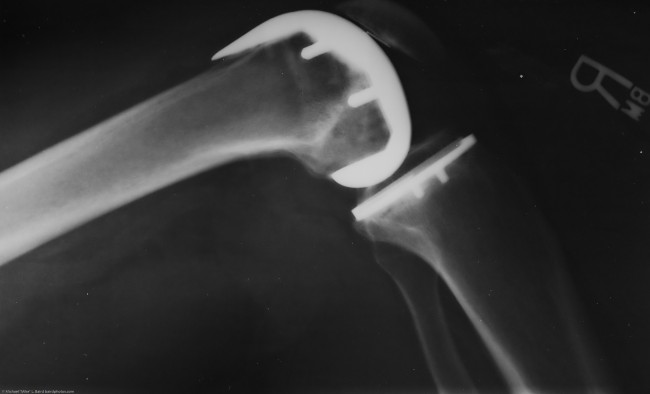 A study found that osteoarthritis victims who received hip or knee replacements had a reduced risk for heart disease. Lead author of the study, Dr. Bheeshma Ravi, of the orthopedic division of the University of Toronto, stated that the results were most likely due to increased mobility allowing for greater physical activity. People with arthritis can’t do a lot of exercise, Ravi explained.  But other “bonus” factors come into play that may add to the benefit of this type of surgery.

The researchers recruited 2200 adults with hip or knee osteoarthritis and followed them from 1996 to 2011, comparing those who opted for elective arthroplasty (joint replacement) with those who did not. All were over the age of 55 and subjects. Those with pre-existing heart disease were excluded from the study. At the end of the study period, the investigators found that those who underwent hip or knee replacements had a 37 percent less risk for a serious cardiac event, including death.

Other potential benefits of the surgery, although theoretical, offer ideas for exploration which should not be ignored. Some of the modifiable risk factors share certain physiological traits. For example obesity, diabetes, and high cholesterol, all of which respond favorably to physical exercise, are also associated with inflammation.

Although the obvious immediate benefit of hip or knee replacements is increased ability to participate in exercise, the elimination of an inflamed major joint may have some mitigating influence on inflammation in the body as a whole (systemic inflammation), thus further reducing the risk of heart disease.

Stress, another modifiable risk factor, results in high cortisol levels which can also play an inflammatory role. Hip or knee replacement surgery may include the elimination of the stress effects of pain and the alleviation of emotional depression.

Finally, reduction in pain following surgery may be associated with a decreased use of non-steroidal anti-inflammatory drugs (NSAIDS) which have been shown to increase rick for heart disease.

While all of the above explanations have been put forth by Ravi and the other researchers involved in the study, another possibility, not mentioned is that those who choose to undergo the surgery may be of the empowering disposition to take charge of their destiny and, thus, experience less anxiety and depression that come with feelings of helplessness over the events in one’s life. If this were the case, the subjects who chose the surgery may have had less risk of heart disease to begin with. A study that compares psychological profiles at the time of recruitment might rule out such a hypothesis.

There are many known risk factors for heart disease, some amenable to modification, others not. Hip or knee replacements may reduce the risk for heart disease by a variety of means, but most likely by restoring to post-operative patients, the ability to engage in physical exercise.