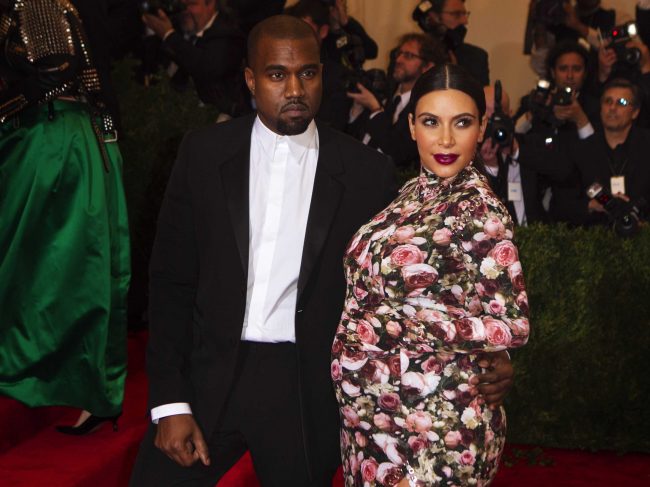 Rapper Kanye West continues to be one of a kind. Mega successful Kanye West has given his fiancee Kim Kardashian ten Burger King branches as a future wedding gift. The power couple are set to wed at some point later this year.

Gawker was the first to report that Kanye West has purchased the ten European Burger King branches with the intention of giving them to his future wife Kim Kardashian as a wedding gift. West bought Burger King locations in the UK, France as well as Italy. The Yeezus rapper already owns a number of Fatburger restaurants in his home town of Chicago. West announced in August 2008 his intentions to open up ten Fatburger locations throughout the Chicago area. To date, the rapper has opened two with the third expected to be unveiled shortly. It is rumored that the Burger King deal was processed through West’s food company KW Food LLC. Kanye West reportedly believes that the international Burger King branches are a perfect fit for Kim as a future career once she is finished with reality TV. Along with the restaurant business ventures, West has a fashion line called Pastelle Clothing including a women’s line he’s dubbed DW Kanye West. The rapper also has a shoe with Nike titled the Air Yeezys.

The couple have recently been making headlines for their Vogue magazine cover photo which hits stands March 31st. The popular photo, which has Kayne embracing his future wife from behind, has already been lampooned by the likes of James Franco and Seth Rogen.

Kanye West and reality star Kim Kardashian made the announcement that they were officially dating back in April of 2012. The couple have been a tabloid magnet since the announcement and continue to be a popular mainstay in the press with a new story breaking about one, the other or the pair on a near weekly basis. On June 15th, 2013, Kim Kardashian gave birth to their daughter. North ‘Nori’ West was born at Cedars-Sinai Medical Centre in Los Angeles. Rapper Kanye West and reality star Kim Kardashian were engaged on October 21st, 2013.

Kanye West announced the scheduled stops and details for his upcoming European summer tour early last week. The rapper will perform in France, Germany, Denmark, Sweden, Holland and Norway before he headlines the UK Wireless music festival. The UK Wireless festival is set to take place this year in London and Birmingham. Kanye West’s European tour begins on June 21st in Montpellier, France at the Park And Suites Arena. Before Kanye travels through Europe on his Yeezus tour, he will land in Australia. West will play seven shows down under throughout the month of May starting in Perth on May 2nd.

Kim Kardashian’s ten Burger King branch wedding gift given by her future husband Kanye West is sure to add to the reality star’s immense worth.  Given how the Kardashian/West empire works, it would not be the least bit surprising if the couple’s newest business venture somehow became yet another reality show to further expose all aspects of their lives.