Kobe Bryant Did Not Feel for Trayvon Martin…Initially? 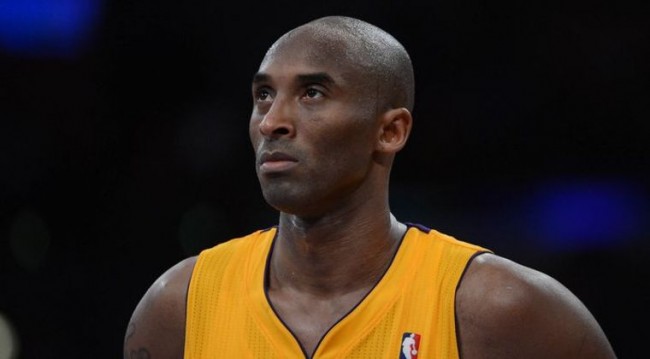 Kobe Bryant reportedly believes the Miami Heat should not have demonstrated their support to Trayvon Martin by wearing hoodies in a photo that went viral across social media until all of the facts of the case were in. In a time when social media can get the word out within seconds to the masses, many immediately showed an outpouring for the young Trayvon Martin as millions do for any slain or missing child. Apparently, Los Angeles Laker Kobe Bryant felt that the support shown to Martin before the trial was simply because Martin was African-American.

The five time championship winner, according to the Christian Post, felt the immediate support the late 17-year-old was given showed that America had not progressed because he believes it was based on the color of skin. Trayvon Martin was murdered on his way home from a 7-Eleven store carrying candy and ice tea. A neighborhood watchman by the name of George Zimmerman pursued the teenager assuming Martin did not live in the area and was a thief. The two tussles resulting in Zimmerman pulling out a fire arm and shooting the teenager to death. The infamous 911 dispatch call was played over every news station instructing Zimmerman not follow Martin. Zimmerman maintains he stood his ground and killed Martin in self-defense. Zimmerman was not taken into custody initially.

The murder of Martin, before an arrest was made, spread all around the world with thousands of protesters marching for Trayvon Martin and fighting to demolish the Stand Your Ground Law. Unsolved cases began to surface on social media of more Trayvon Martin murder stories that were never investigated. Social media became the vehicle in which parents could use to get the world to know what happened to their child. Fox News reported Bryant stating he was not going to react simply because he was Black. Zimmerman was eventually taken into custody and brought to trial where evidence was shown to the court. The world was stunned when the jury set Zimmerman free with one juror later coming out stating that Zimmerman was guilty. The report went on to state that once Bryant felt he had heard all of the evidence in the case, he believed the justice system failed Trayvon Martin. The fact that Bryant did not feel the desire to support the murdered teenager initially is quite disturbing to many.

According to Fox Sports, Bryant believes just because something happens to an African-American does not mean he should react immediately. Many of Bryant’s fans were blown away by his judgment of the Miami Heat for supporting Martin right away. Some are arguing that Bryant did not react soon enough. When a child is murdered, it calls for everyone from every cultural background, to take notice and take action in any way they can. Had it not been for the Miami Heat and the millions of supporters around the world marching, wearing their hoodies, and hitting social media signing petitions, Zimmerman never would have been investigated.

Bryant might be forgetting that when he was arrested for allegedly raping a young lady, African Americans and different cultural backgrounds across the country smelled something was not right and came to his defense immediately to support him. In a country where there are reportedly thousands of innocent African American and Hispanic men and women sitting in prisons or resting in graves without justice, Bryant might possibly be living in an ivory tower or Utopia somewhere in California where life is actually fair to everyone. Though Kobe Bryant is viewed by many to be one the greatest ball players (next to Michael Jordan), he disappointed many with his recent statement. If Zimmerman had pursued one of Bryant’s loved ones back on that infamous, cold and rainy night in February of 2012 and his loved one did not make it home, but Zimmerman was released the same night to go home to his family and never investigated…many wonder how quick Bryant would reach out to the world for support. Would he criticize the Heat for showing their support then?

One Response to "Kobe Bryant Did Not Feel for Trayvon Martin…Initially?"