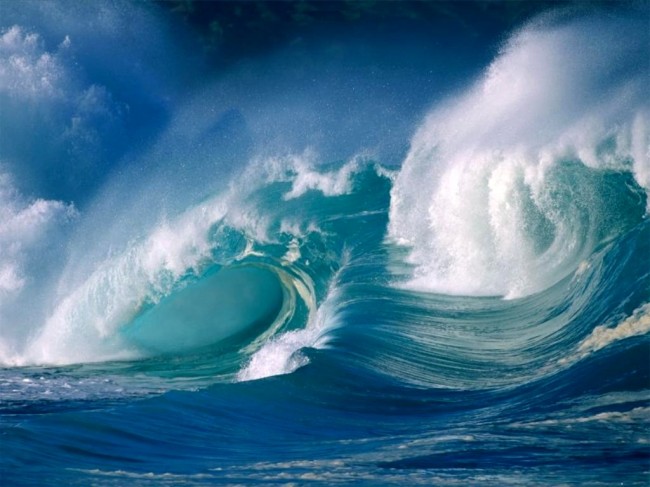 At Guadalupe Beach this past Sunday, 25 people gathered in order to attend a baptism ceremony. Pastor Maurigro Cervantes of Jesus Christ Light of the Sky Church was performing the baptism in the ocean water. Pastor Cervantes says that he does this several times per year. One man in attendance, 43 year old Benito Flores, was swept to sea by a huge wave. Two other unidentified people were also swept out as the nightmare baptism ceremony went horribly wrong, but no one was able to rescue one of the men who was lost at sea. Benito Flores is currently presumed to be dead.

Pastor Cervantes did everything that he could to help Mr. Flores before it was too late. “A big wave came and took Benito,” said Mr. Cervantes to a local news crew from station KCOY. Cervantes continued, stating that he “…tried to take him out, he was heavy, and then another big wave came.”

The United States Coast Guard called off the search for Benito Flores late Sunday evening near midnight, as the water was presumed too cold for anyone to have survived for more than 30 minutes. Searches for the body will continue on Monday.

The strip of beach where Flores was swept out to sea is also called “The Preserve.” It is 160 miles north of Los Angeles, and it is also the same beach where Cecile B. DeMille filmed Moses parting the Red Sea in his last great film, The Ten Commandments. The location was likely chosen for the film because the beach features a rare assortment of sand dunes, which are consistent with locations in Egypt where the Biblical story took place.

The website for The Preserve has a specific warning about the dangerous surf at Mussel Point, but that is a 2.5 mile walk from the parking area where the ceremony took place. The website affirms that much of the beach is, in fact, a great place to “surf, fish, hike, and take photos.” It is exceedingly sad that such a beautiful beach could suddenly become the location for a nightmare baptism ceremony that went horribly wrong, and that such a thing could result in a man swept out and lost at sea.

Every year in the United States, more than 100 people die after getting swept out to sea. More people die this way than through shark attacks, jellyfish snags, or hurricane-level winds. The National Oceanic and Atmospheric Administration advises anyone who approaches beach water to learn how to swim very well before ever going in. There were two other people swept into the ocean along with Benito Flores, but they were able to swim back to safety. Flores was unable to do so.

People often do get pulled far out into the ocean very quickly, and there is nothing that they can do to stop it. In January of 2000, Paul Lucas found himself swept out to sea into the open ocean. He was able to stay afloat for more than 24 hours, and eventually found his way to an island. A helicopter rescued him shortly after. Lucas spent that 24 hours swimming in the shark-infested waters off the east coast of Australia.

Hearts across the world go out to Benito Flores, his family, and all of his friends. This nightmare baptism ceremony that went horribly wrong leaves a bitter feeling across the nation concerning the man lost at sea. It is an accident that should not have happened, and is so very regrettable.