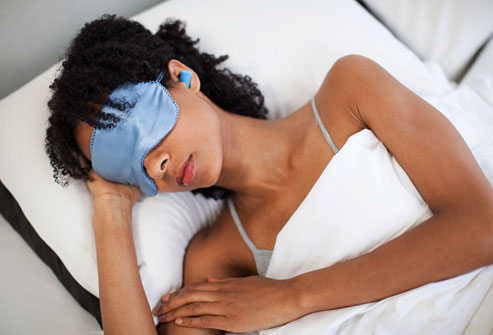 Sleep not only plays an important role in boosting energy levels, learning, and healing, but now also is hypothesized to emotionally recalibrate the brain. The evidence for this assertion was succinctly summarized in this year’s Annual Review of Clinical Psychology. The three main supporting arguments support the role of sleep—specifically REM sleep—as the brain’s emotional “recalibration button” are discussed here.

The second line of evidence comes from how brains deprived of REM-sleep and/or saturated with norepinephrine results in nonspecific stress responses from the amygdala. The amygdale is a small structure of the temporal lobe and is part of the limbic system. It is involved in the most basic of emotions—mainly feelings of fear and pleasure. REM sleep and the resulting decrease in norepinephrine results prime has an overall inhibitory effect on the amygdala. When subjects were either deprived of sleep or had their norepinephrine levels experimentally raised, increased activity in the amygdala resulted in nonspecific emotional responses. Otherwise put, subjects became testy, stressed-out or anxious.

Thirdly, classical conditioning experiments pertaining to fear and fear-inhibition have demonstrated that subjects that had recently experience REM sleep were better able to distinguish what to become stressed-out and/or fearful about. These experiments worked by first applying a neutral stimulus—such as the sound of a bell—before an electrical shock or other negative stimulus. After repeated exposures to this combination of stimuli, subjects learn to associate the sound of the bell with pain. Researchers could pick up on this “fear response” by assessing subject’s skin conductance. Subjects that were deprived of REM sleep took much longer to form these fearful associations. But perhaps even more interestingly, after playing the tones without the accompanying shock, REM sleep-deprived subjects also took longer to un-learn these fearful responses. This would indicate that REM sleep deprived brains are comparatively sluggish when it comes to handling stress and knowing when to relax.

The evidence that REM sleep plays an important role in emotional recalibration  have made some researchers suggest that emotional reactivity fluctuates throughout the day—especially as the time interval since sleep increases. After all, if REM sleep emotionally “recalibrates” the brain, that would imply that over the course of the day most humans will deviate from their stable emotional starting point.