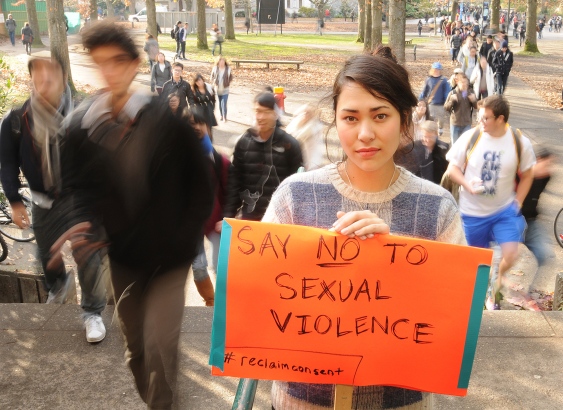 UBC students warned to remain vigilant today as the summer approaches and party season begins. The students are told to walk in pairs, not to jog at night and to stay on guard as a sexual predator remains on the loose. According to a CBC article this is nothing more than a seasonal reminder. However, to the women on campus, it means more. Additional measures for security were introduced at UBC following a string of assaults that are still under investigation by the Major Crimes Section of the RCMP.

In October 2013 RCMP said that six sexual assaults on the UBC campus were likely related and committed by the same predator. They said at that time that they were working hard to apprehend the suspect and to reassure students that they would do everything in their power to end this. Unfortunately, it is now almost April and the suspect is still at large. This warning is a reminder that police investigations can be slow and not always fruitful. The fact that no other assaults have been reported though is good news. Kudos to the police and campus security for that.

In October, Louise Cowin, the vice-president of students at UBC said the university was quickly mounting safety concerns at the remote campus on Vancouver’s west side. She said that at that time she was working with leaders to beef-up campus security, increase support for the community and mobilize all resources.

All of these efforts have paid off as there have not been any subsequent cases of sexual assault. In another CBC article, the police released and described a sketch of the suspect. Sgt. Thiessen said the suspect in question is a Caucasian male, in his late 20s to early 30s, with dark or olive skin, thin build and between 5′-8″ and 6′-2″.

Reported Oct. 27, 2013 the most recent assault involved a young woman walking home on Student Union Boulevard shortly before 1:30 a.m. A shadow came up behind her and she was grabbed. After she flailed her arms, the attacker ran off, police said. Other assaults happened Oct. 19, Oct. 13, April 19, Sept. 28, and May 19 respectively.

Whoever this attacker is, he is quite shady, elusive and needs to be caught. It seems unlikely that no one knows the identity of the man in the sketch. Hopefully someone will come forward and report this predator so students at UBC can finally rest at ease.

While UBC Students have been warned to remain vigilant, it is unfortunate that women on the UBC campus have to be so concerned and that they are unable to freely walk about campus. Perhaps it is always a good idea to walk with a friend at night but it would be nice not to have to for these reasons. Hopefully Sgt. Peter Thiessen asked that anybody with information call the B.C. RCMP major crimes tip line at 778-290-5291 and 778-290-5291 or  toll-free at 1-877-543-4822 and 1-877-543-4822.