Argentina is Turning Into the Land of Oz 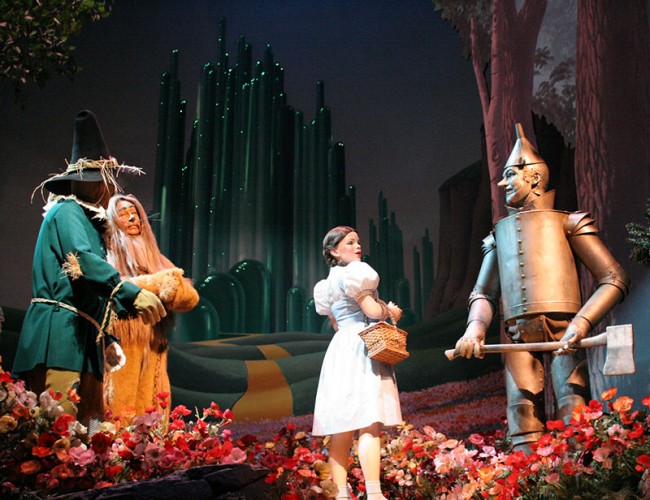 Another lynching today in Argentina. That may be surprising. If a person is one of the thousands of tourists who come to Buenos Aires each year and never get out of Puerto Madero, then surprise is probably the right word. However, for those tourists who come to the Land of Tango and get beyond the postcard, there is no surprise in the rampant crime in the streets and the inept and corrupt policia who stand in their orange vests making a mockery of justice and public service.

Residents of Argentina are on edge. Anyone that spends more than an hour outside of the ritzy, tourist barrio that is home to the five-star hotels can see the palpable smog of dread settling in on the country. Corruption among the policia is well-known. The police are consistently rated, globally, as some of the most inefficient in existence.

Casa Rosada has turned into a rogue’s gallery, and the current administration of Cristina Kirchner has done nothing to bring a bit of sensibility and honesty to the executive mansion.

With inflation running between 30 and 40 percent, depending on which newspapers you read, and recent announcements that the utility subsidies are being cut by 80 percent, it’s not surprising that people are beating the tar out of purse snatches and robbers. They know the police won’t do anything to stop the crime and they know the city and national governments are about as bold as the Cowardly Lion in the Wizard of Oz.

Mauricio Macri, the mayor of Buenos Aires, has spoken out about the crime in his city. He’s spoken, but that is about as far as his actions have gone. It wouldn’t take much for the mayor to set the policia straight, but he’s more interested in continuing to project a playboy image and convincing people that he will make the best president in 2015 when the next elections are held.

Sergio Massa, mayor of the resort city, Tigre, is another president-hopeful that spoke out. Like Macri, he hasn’t done anything to bring police corruption under control. And, again, like Macri, Massa has set his sights on 2015. The only thing both of them agreed on in their statements was the target of their finger-pointing. As impotent as an old man without his Viagra, both Macri and Massa blame the federal government for the increase in crime. Together, they’re like the Scarecrow in the Wizard of Oz. If they only had a brain.

That brings the light back to Kirchner. Having repeatedly proven that she is incapable of putting three sentences together with a plan that makes sense, she also has tried to shift the blame for the rising crime. Her target? The media. Yes, Cristina preaches loud and long that the media is to blame for the spike in crime that her country is experiencing. The crime and lynching has been on the front page throughout the country’s newspapers and is “above the fold” on the Argentine media websites. No where do you see a journalist or photographer in the streets promoting crime. Kirchner’s efforts to blame the media is just another feeble effort to redirect attention for her incapability to set a positive role model.  So in the little scene unfolding now, Kirchner should be cast as the Wicked Witch of the West.

Over the weekend, an 18-year old boy tried to snatch a lady’s purse. Passersby saw him in the midst of his crime, caught him, and beat him to death. Vigilante justice may not stop the crime from getting worse, but that boy laying dead in the street is one thief who won’t rob again.

As the economy continues to spiral downward and inflation rises higher, Argentina is bound to see more vigilante justice in the street. As vigilantism in Argentina increases, the robbers and thieves may start arming themselves and begin an arms race between the people that are fed up with crime and those that commit crime. Only when the Wizard steps out from behind his curtain where he’s hiding will some security settle on the countryside.

Until that happens, the characters from The Wizard of Oz may want to watch out, the Flying Monkeys might be coming for them next. Stay tuned for the second act in Argentina.

2 Responses to "Argentina is Turning Into the Land of Oz"