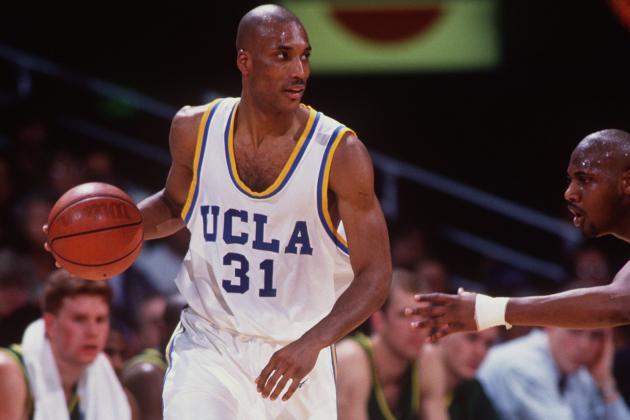 A federal judge has ruled that a class-action antitrust lawsuit in which former UCLA basketball star Ed O’Bannon is the lead plaintiff be set for trial in June. The potentially groundbreaking case, filed over four years ago, argues against the National Collegiate Athletic Association’s (NCAA) current restrictions that ban student-athletes from being compensated for use of their likeness or image, such as in video games, and could force the governing body to restructure how that revenue is doled out.

O’Bannon, 41, spearheaded the lawsuit in 2009 after seeing his likeness portrayed in an NCAA-licensed Electronic Arts (EA) video game.  At issue, he said, is the NCAA’s willingness to profit from his image in the game, as well as sell broadcast rights for games he played in during his college career, while he is prohibited from receiving any compensation.  Michael Hausfeld, an attorney for the plaintiffs, said his clients are not seeking money, but rather the removal of NCAA restrictions that preclude the student-athlete from being compensated for his or her likeness. EA is no longer associated with the case after agreeing to a $40 million settlement last November.

The NCAA, however, opposed those claims, saying that by not sharing revenue from licensing deals with student-athletes, it advances fairness by helping to grow support for women’s sports and less popular men’s sports. U.S. District Judge Claudia Wilken rejected the NCAA’s reasoning and said she was skeptical that sharing revenue with student-athletes would negatively affect competitive fairness in college athletics. Wilken scheduled the trial for June 9.

In a statement after the judge’s ruling, the NCAA argued against the court’s position.

“The NCAA values and prioritizes all of its student-athletes regardless of whether their sport brings in revenue,” the statement said.

The NCAA also defended its right to broadcast games without permission from student-athletes, noting that the First Amendment protects the decision. At a time when conference realignment is motivated, more often than not, by potential revenue, the amount of money on the table is substantial. According to reports, the NCAA has a 14-year deal with CBS worth $10.8 billion; ESPN and Fox struck a 12-year deal with the PAC-12 for $3 billion and in 2008, the Southeastern Conference signed a 15-year deal with CBS that pays it an average of $55 million annually.

The Judge has reportedly ruled that the plaintiffs cannot receive any monies that may have already been lost. If won, however, the landmark lawsuit could mean the NCAA will have no choice but to include the student-athlete in television and video game deals.

O’Bannon was the most valuable player of the 1995 Final Four, leading his UCLA Bruins to the national title that season. He was selected ninth overall by the New Jersey Nets in the 1995 NBA Draft, but only played in the league for two years before embarking on a career overseas, playing mostly in Europe. In his suit against the NCAA, O’Bannon specifically argues that upon graduation, a former student-athlete should be entitled to financial compensation for any commercial use of his or her image.