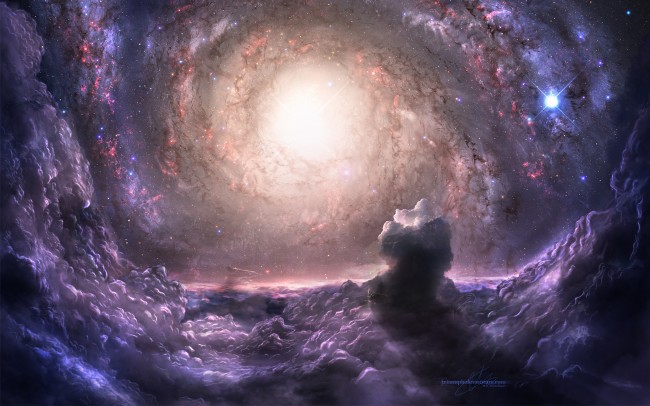 Scientists have long claimed to be on the brink of unlocking a “theory of everything”—a basic set of principles from which all other scientific principles can be deduced. Some worry that discovering a theory of everything would give scientists little else to do, thus depriving life of meaning. Yet science is not concerned with proving anything. Even if physicists successfully produced a theory of everything, we cannot know for certain that it is correct. In addition, we will always be left with the mystery, “why this set of principles rather than another set of principles?” In short, mysteries always remain. Although the success of science is motivated by discovery, it is equally motivated by mystery. In spirit of the latter, the following list contains five mysteries science has yet to unlock.

What caused the big bang? Cosmologists can trace the history of the universe back to an incredibly small fraction of a second after the initial big bang. But what was the blue torch that lit the big bang? Theoretical physicists have produced grand theories of chaotic inflation and parallel universes, yet these our outside the purview of empirical investigation. It could be that time itself began with the big bang. If this is the case, asking what happened “before” the big bang is as senseless as asking, as Stephen Hawking has famously stated, “what is north of the North Pole?”

What is dark matter and dark energy? When the cosmos is viewed in its totality, the light emitted by galaxies only accounts for about four percent of the universe. We are like pond scum floating atop a great cosmic ocean. The rest of the universe consists of roughly 24 percent dark matter, which is an unilluminating attractive force that binds galaxies together. The remaining 72 percent consists of dark energy, which is a repulsive force that increases with distance. Particle physicists tend to believe that dark matter is a particle that does not emit light. Some scientists speculate that dark energy is not a cosmological constant but a variable that can wax and wane over time. Discovering the constituency of these two forces is a shoo-in for the Nobel Prize.

What is dark flow? The universe is believed to be expanding at an accelerated rate. Galaxies are rapidly flowing away from each other at increasing speeds. Yet there is a point between the constellations Centaurus and Vela where galaxies are flowing towards each other. Scientists speculate that the gravitational tug of another universe may be sucking the galaxies inward.

How did life begin? Are we a freak accident or is life common in the universe? Although the basic ingredients for life existed in the Earth’s early atmosphere, scientists do not know how the random churning of chemicals produced a single, self-replicating molecule. If life is indeed a freak accident, this puts scientists in the awkward position of looking for a theory that is inherently implausible.

What is consciousness? Science deals with objective, third-person data whereas consciousness consists of first-person experience. It is difficult to understand why certain brain states are identical to our experience of red or taste of peppermint. Some philosophers and neuroscientist believe language played a primary role in the development of consciousness. It could be that there are metaphysical barriers in the mind that our cognitive faculties are not capable of bridging.

If the history of science has taught us anything, it is that whenever science solves one mystery, it unlocks a new one. Some of these mysteries may well be within the purview of science, whereas other may be forever outside our understanding. Whether or not science really is narrowing in on a theory of everything, one fact remains: our voyage in the cosmic ocean has just set sail.