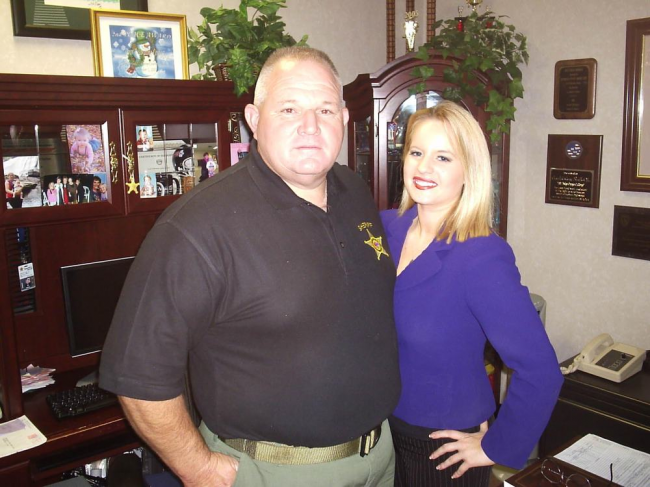 A jury found former sheriff Sam Parker guilty of five counts of misconduct and one count of embezzlement. The jury only required four hours of deliberations before rendering their verdict. After the verdict, the former sheriff Sam Parker issued an apology to the people of Chesterfield County, SC and the officers he supervised. He called the jury’s verdict a sad day in his life and respected their decision.

Judge Lee sentenced Parker to a prison term of two years followed by three years of probation. He told the defendant that he caused people to question the justice system during his term as sheriff. There was a chance for Parker to rectify his errors. Instead, he chose a different course.

For the time being the State Law Enforcement Division (SLED) will house former sheriff Parker at a state prison in Columbia. It was not announced which prison he will spend the next two years serving his sentence.

SLED began its investigation of Sheriff Sam Parker when a prisoner under his supervision became a whistle-blower. The unnamed inmate serving a 15 year arson sentence was held at the Chesterfield County Sheriff’s Office and Detention Center. Then Sheriff Parker gave the inmate jobs such as fixing cars and maintaining county property. Parker granted him permission to have personal jail visits with women. He also received permission to drink alcohol, sleep outside of the jail, and the personal use of an iPad. The prisoner turned informant when the sheriff punished him for an infraction and transferred the man to a state prison.

Parker’s defense attorney, Johnny Gasser, argued his client, former sheriff Sam Parker should not be found guilty of the charges leveled against him. Gasser contended the state’s informant lied on the stand when giving testimony. The whistle-blower also lied to the grand jury.

Heather Weiss, the Deputy Attorney General Solicitor of South Carolina, told jurors that Parker deposited confiscated funds into his personal bank account. Although these funds were small, it still amounted to embezzlement. Parker’s attorney argued his client spent thousands of dollars from his personal account to purchase items for his officers or to repair county property. His client never asked for county reimbursements.

The former sheriff of Chesterfield County permitted two inmates to stay at the county armory, a clear violation of South Carolina Department of Corrections (SCDC). Parker’s attorney countered officials from the SCDC inspected the armory to see if inmates could be housed there. The inspectors took months before getting back to Parker. When they notified him of the cost for housing inmates in the county armory, the sheriff returned the two prisoners to the county detention center.

The prosecutor told jurors that Parker ignored South Carolina Department of Corrections guidelines for housing inmates. Parker knew his actions were illegal in permitting prisoners to fire guns and drive patrol cars. He further allowed inmates under his supervision to shop, attend church services, have dates, and attend local events without wearing prison clothing. She also accused Parker of allowing prisoners to use iPads in private.

Weiss further argued Parker issued confiscated weapons to friends. The former sheriff failed to file the proper paperwork when granting his friends legal ownership of the weapons.  Parker also failed to train them on their proper use.

Gasser told jurors that the state prosecutor wanted to make Sam Parker a scapegoat. The charges against his client issuing contraband to inmates and friends were only policy violations instead of crimes. After four hours of deliberations, the jury sided with the prosecution and found former sheriff Sam Parker guilty of five counts of misconduct while in office and one count of embezzlement.