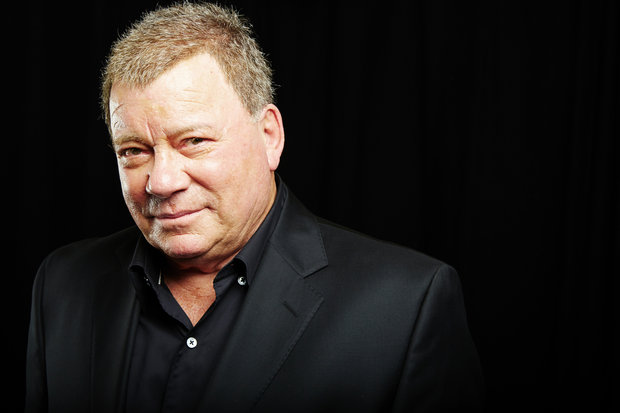 William Shatner may never actually get to see space first hand, but he has been able to boldly go where no other member of Starfleet has gone before. NASA has just honoured the veteran actor with an award. The award is the Distinguished Public Service medal, which is the highest honor that the agency can present to a person in a non-governmental position.

Shatner has been given the award due to the tireless energy he devotes to projects that promote science and maths to young students. It was noted by David Weaver,  the associate administrator for the Office of Communications at NASA, that in the role of Captain James Tiberius Kirk of the Star Trek Enterprise, Shatner has been an inspiration to young and old alike in the quest for the stars. Many of those inspired are now working at NASA as astronauts or engineers said Weaver.

Shatner’s partnership with the space agency began in the 1960s through the many mentions of NASA in the fictional universe of the show. The partnership ran so deep that when a reusable space craft was launched in 1979, NASA even named it Enterprise in honor of the show. In more recent years, Shatner narrated a documentary that celebrated 30 years of space missions. In 2011, Shatner reprised his role as Kirk for one of the final wake up calls given to astronauts abroad the last flight of the space shuttle Discovery. Most recently in 2012, he ran a video presentation of the rover Curiosity on Mars. In the same year he also made a show of support for “spin-off” technologies created by NASA.

The award was given to William Shatner on Saturday during his annual Hollywood Charity Horse Show in Los Angeles. Each year, he manages to raise money during this show for a variety of children’s causes. The medal carries a declaration which honors of the receiver’s “generosity” and “dedication” to scientific causes and actions that inspire “new generations” to pursue their exploratory dreams. It also speaks of “unwavering support” for NASA.  Previous recipients of the medal have included the astrophysicist Neil deGrasse Tyson, Edward Stone, the former director of the Jet Propulsion Lab at NASA, Robert Heinlein a writer of Science-Fiction and Lyman Spitzer a theoretical physicist and astronomer.

Shatner has had an illustrious acting career. As well as acting credentials that have seen him honored with Emmy Awards and a Golden Globe, he is an accomplished author. He has over 20 novels in several series, including ones written in the Star Trek universe as well as some non-fiction works. His critically acclaimed one man show is about to be turned into a film that is set to be shown across the US. He is also a spoken-word poet and a musician. Earlier this week he appeared on Larry King to discuss a new project that he is currently working on. The project is on alien abduction and UFOs. Although Shatner is addicted to science, he also has a perchance for the unexplained mystery. In 2010, he hosted a show called William Shatner’s Weird or What? where he explored inexplicable situations, including alien abduction. With the NASA medal around his neck, William Shatner is surely an unstoppable force fighting for science and truth.  After receiving the award, he tweeted that “words could not express” how he felt to have been a recipient.

One Response to "William Shatner Honoured by NASA Medal"