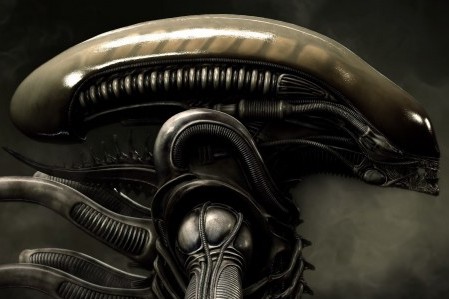 Alien Artist H.R. Giger has died at the age of 74 on Tuesday according to Swiss television. Apparently Giger died from injuries sustained during a fall. The artist was best known as the man responsible for creating the designs for Ridley Scott’s iconic 1979 space horror film Alien. Giger won an Oscar for Best Achievement in Visual Effects for his work on the film.

The Swiss surrealistic painter and sculptor also worked on set design. He was born in 1940 in the Swiss town of Chur. H.R. was the son of a chemist who believed that art was a “breadless” career and he urged Giger to go into pharmaceutics. Giger, who designed the now iconic creature in the Alien film died on Tuesday at the age of 74.

Giger’s work explored a mixture of human with machine and he developed his own style which he called “biomechanical.” The artist opened a museum in Gruyeres, which is in central Switzerland, which housed much of his own work which included paintings, sculptures and film set designs. His death at age 74 will sadden fans of the artistic genius who designed a horror/science fiction icon for the Alien movies.