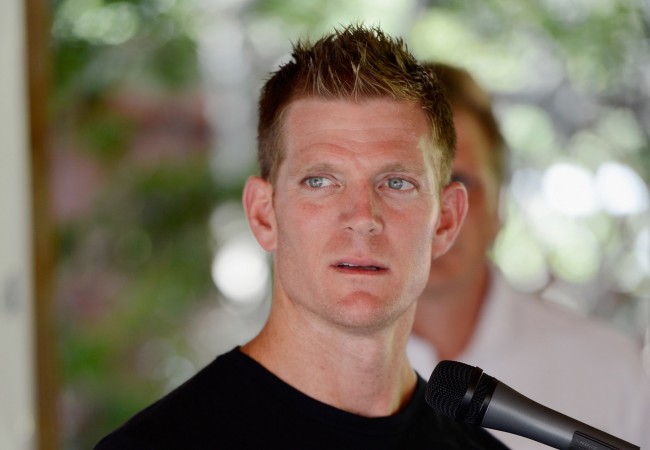 HGTV has cancelled a reality show named Flip it Forward starring two, identical brothers that restore houses and sell them to families that would otherwise be unable to afford such property. While the work of the brothers, named David and Jason Benham, is admirable, Right Wing Watch recently discovered footage of David Benham outside of an abortion clinic stating that one of his intended goals is to stop what he views as the agenda of homosexuals. Soon after, HGTV cancelled the brothers’ program, tweeting that the network had decided not to “move forward” with the pair.

The Benham brothers told USA Today that they do not “hate homosexuals,” but feel very strongly about their faith. They claim to be “saddened” with HGTV’s decision and were surprised that their show would not be aired considering the “grotesque things” that are now on television. On CNN, the brothers spoke a bit more candidly. They told host Erin Burnett that their views are more focused on an agenda in America that they believe is attempting to silence “men and women of faith. “

The Benham brothers endeavored to clarify on CNN their belief that sex outside of marriage, between a man and a woman or otherwise, is against Christianity. Erin Burnett stopped the conversation from devolving into an ideological debate, asserting that she didn’t want the program to turn into a theological discussion.

America is not a theocratic nation. Despite a large Christian majority, there is a constitutional separation between the Church and State. In 2014, it is essential to the proper functioning of America to recognize that the Bible is allegorical. It is a story that reveals a hidden, moral meaning but is not meant to be read verbatim. As a nation, America has decided that most of the Bible is too extreme and already outlaws many of the statutes set forth by the two thousand-year old text. To publicly scapegoat homosexuals is not only unjust but also unfairly socioeconomically disadvantages an already vulnerable population.

LGBT people are more likely to experience housing or employment discrimination. Same-sex couples are still unable to file for equal protection in many states. HGTV feels that it is not the forum for a majority to voice its views against a minority whose youth suffers suicide rates four times that of their straight peers. As such, the HGTV network has rightfully decided to cancel Flip it Forward.

Spirituality is an inward journey, away from the white noise of the world. To turn faith on its head and wield it to cut others down is a perversion of the moral obligations set forth by allegorical, religious texts such as the Bible. In canceling Flip it Forward, HGTV’s message is one of acceptance and progressiveness. HGTV does not wish to be a megaphone through which anti-gay views are inadvertently conveyed to either LGBT viewers or a younger American generation that feels increasingly alienated by the radical, homophobic views of the religious right. HGTV, like so many municipalities and the citizens of which they are comprised, feel that one’s sexuality is not a cause for discrimination – no matter what your faith.