Sleep Deprivation in Babies May Result in Heavier Kids 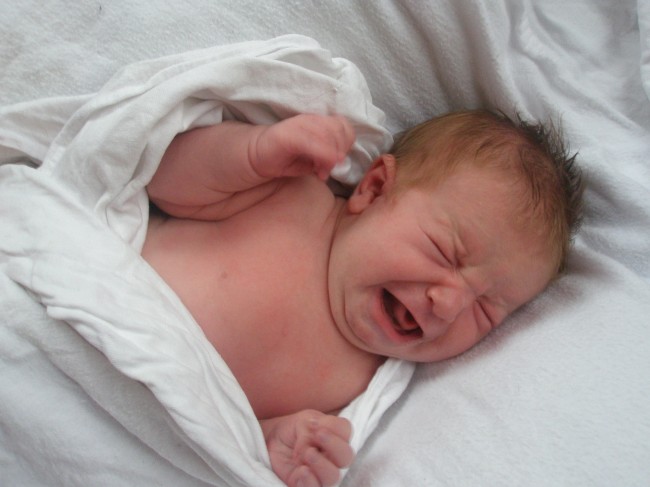 Sleep deprivation in babies is the subject of a new study from Massachusetts General Hospital for Children, and the team found that infants and toddlers with consistently poor sleep had the highest rates of body fat and obesity by age 7. Based on the mothers’ reports of sleep, children were assigned sleep scores. Overall, kids with the lowest sleep scores ended up with the highest levels of obesity at age 7, including abdominal fat, which is considered particularly dangerous.

Lead researcher Dr. Elsie Taveras and her team followed children yearly from aged 6 months to 7 years. Weight, height, body fat, hip and waist circumference, and sleep patterns were recorded at each visit, and the children’s sleep was rated according to the recommended amounts for each age group. Recommended amounts set by the National Heart, Lung and Blood Institute, and the National Sleep Foundation are over 12 hours per day for babies under 2, over 10 hours for kids 3-4 years old, and over nine hours per day for children aged 5-7. Sleep measurements included both naps and night-time slumber. At 7 years old the study found that children with the lowest sleep scores throughout the measurement period had the highest rates of body fat and obesity.

There was no specific age period of sleep deprivation identified that was particularly indicative of obesity. Taveras says that insufficient sleep at any time during early childhood had significant health implications. Increased body fat, particularly abdominal fat, has been linked to a higher risk of chronic conditions like diabetes and heart disease.

Many studies have connected obesity and poor sleep habits in adults, but few have tracked the effect of infant sleep and childhood obesity. The U.S. National Library of Medicine and National Institute of Health published a literature review in 1993 that looked at the relationship between obesity in childhood and adulthood. That review found that the associations were consistent, with about one-third of obese preschool children going on to become obese adults.

The researchers have several theories for why children who slumber less may have weight problems. It is already known that adequate rest is important for keeping the body’s metabolism running properly. Children who do not get enough shut-eye are at risk for not developing good habits, but also may eat more because sleep deprivation can interfere with appetite hormones that control hunger. And children who spend less time in bed have more time available for eating, particularly if they spend that time participating in sedentary activities often associated with snacking, such as watching television. Lack of rest can also lead to less ability to make good choices about food and eating.

Study results highlight the importance of establishing healthy routines during childhood. Taveras says that household routines such as meal time and bed time can be important in contributing to adequate sleep. She recommends implementing consistent routines around meal and bed times, limiting caffeinated drinks, and eliminating high-tech distractions such as video games from the bedroom.

The lower sleep scores were more common in homes of families with lower incomes and less maternal education, but the association between baby sleep deprivation and heavier kids held true even when those factors were adjusted for. Taveras says more trials are needed to determine whether obesity risk can be reduced by improving sleep.