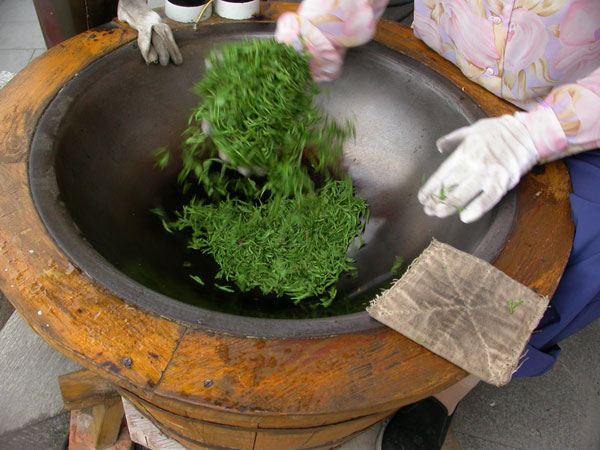 In the winter of 1773, “China Buys Tea From England” could have been a farcical American newspaper headline. Bostonians would have very recently dumped an entire shipment of British tea into Boston harbor and the irony of such a headline would not have been lost on them. Tea has since been forever linked with freedom in the American psyche. A revolt against taxation without representation, the Boston Tea Party was vigorously responded to by the British government, culminating in the American Revolution and the deaths of almost 45,000.

Americans may not be aware that tea was also central to the cause of freedom in the very land of their persecutors, Great Britain. It was there that aristocratic Prime Minister (PM) Charles Grey (namesake of the distinctly English tea blend Earl Grey) passed his Representation of the People Act 1832 (also known as the Reform Act) through Parliament. Although a war was not necessary to ensure its passage, Grey and his Whig Party fought hard for its passage and thus began universal suffrage and the modern age of parliamentary democracy in Great Britain.

Now, descendants of the PM are having a go at the tea business and, in a turn of tradition, are selling tea to China. Tea and England are almost synonymous and Tregothnan estate owner Evelyn Boscawen says that theirs is the only tea actually grown in England and the only one to sell English tea into the annual 4.3 million metric ton global market. Her brand, and others, unabashedly capitalize on England’s world-wide reputation for loving tea.

Grey’s descendants are not the only ones in England pursuing China to buy their tea. Henrietta Lovell’s Rare Tea Company sells loose teas the world over and there is plenty of money to be made. She reports that people in China spend more of their incomes on tea than her British compatriots spend on alcohol. The tariffs imposed when tea is imported to China are enormous, but there is nevertheless a high demand in that country for the unusual, including teas.

Blends for Friends is another English tea company exporting to China. The company’s founder, Alex Probyn, says that what he sells above all else is the “quintessential English experience” and that the growing Chinese middle class is important to his company’s success. Indeed: Between 2001 and 2011, per capita income in Hangzhou – perhaps the region of China most associated with tea – rose approximately 300 percent. The fact that Probyn is selling tea to China, he says, is “hilarious.”

Tea has been unloading onto the shores of Britain since the 17th century, when British bluebloods paid top dollar for the product delivered by the East India Company. By the 1840s, tea had become the norm for all levels of Victorian society.

Grey-descendant Evelyn Boscawen agrees with Lovell that China is a ripe market, at least in part because Chinese love to purchase exotica from all over the world. Tea, the plant, is likely to have originated in China and, as such, grows in tropical and sub-tropical environments. But Boscawen is apparently growing tea with success at Tregothnan, located in Cornwall in England’s south. She claims that the estate’s climate is similar to the famous tea-growing town of Darjeeling in West Bengal, India.

Production at Tregothnan is a tiny fraction of what goes on in Darjeeling, but that is part of the allure. The estate’s commercial director says that, in regard to tea, their plan had never been to become the next India or China. It may be advantageous to promote Tregothnan tea as “boutique” but sales in 2013 were nevertheless projected at 2 million pounds. China continues to buy teas from the English estate, even if they cost 20 times more than other varieties.