Chiraq: What Happened to ‘Chi-Town?’ 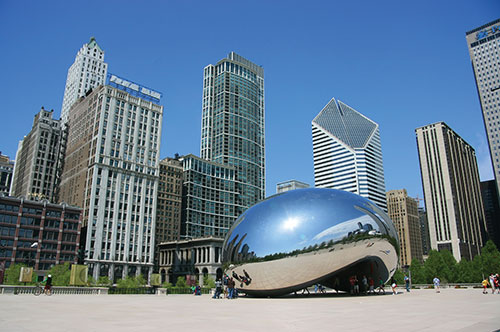 How can a beautiful city by day become the exact opposite of that and become so violent by night? Chicago is home to one of the most exquisite architecture in a metropolitan setting, deep-dish pizza and anti-ketchup hot dogs, Michael Jordan and the Chicago Bulls, and extraordinary views of the lakefront and skyline from just about any angle. On the contrary, Chicago is also home to one of the highest and deadliest crime rates in the country. It has recently become so bad that Chicago has obtained a new nickname- ‘Chiraq.’ People may be wondering, “What happened to Chi-Town?”

Just this past weekend alone 30 people in the Chicagoland area were shot, with four being in fatal condition. Within the first four months of 2014 nearly 100 people were murdered. In those same four months, there were almost 460 shooting incidents throughout the city with also 560 shooting victims of all ages. Surprisingly, these numbers have decreased compared to previous annual statistics though Chicago is still in the top ten cities for crime rate on a national level.

When do statistics start becoming something other than that though? The statistics have forced Chicago to be compared to the war in Iraq. “Chiraq” has become the newest fad to this city. Chicago has always been known as “Chi-City,” and “Chi-Town.” It was not until recently that Chicago began to be known as Chiraq, and the citizens of this city have mixed feelings and opinions about it.

Chiraq. It is heard everywhere from every media source possible. Rappers rap about it, teens proudly say they are from Chiraq versus Chicago, there are even hats and apparel with the term on it. Some Chicagoans are proudly strutting through the streets of Chicago, attempting to represent where they are from. That is actually the worst part. People of Chicago flaunt the word and use it on an everyday basis. The term is used regularly and often the reasoning behind the term ‘Chiraq’ is disregarded.

Some Chicagoans flaunt the newest name to the city. Then there are those that compare the term to hearing scratches on a chalkboard. The crime rate in Chicago is so high that it affects a majority of the city in one way or another. The usage of this word assumingly affects those who have lost someone due to Chicago’s severe crime. There are those who are aware what this city has become and what it is known for nationwide. This drives Chicagoans away fearing that a day in the city could turn on them instantly and change their lives forever. Suburban parents send their children to the various colleges in the depths of their city and fear the worst could happen. City parents fear the same. Alternate routes are considered to avoid the ‘bad neighborhoods.’ With this, why are people are still proud to say they are from Chiraq and exactly what happened to the great city of Chi-Town?

The violence in Chicago has recently reached high levels and records . On June 5, close to 2,000 students from two separate Southside charter schools, Perspectives Chater School and South Shore International College Prep, were expected to march through the same dangerous neighborhoods to fight and protest against Chicago’s street violence. South Shore International College Prep also held a “Safe Summer Kick-Off” event prior to the march. These peace-rallies followed a nearby shooting that killed one man and fatally injured nine others. All ten victims were in their late teens or early twenties.

Crime has become a norm all throughout the Chicagoland area. A beautiful and touristic city brings in people from all over the suburbs and even tourists from all over the world. Chicago still is known for having delicious food, tourist spots, lakeside beaches and skyscraper views. Yet the city becomes as bad as war zones by night. Chicago is now known as Chiraq. A word that brings so much negativity and hurt for many victims of violence throughout the streets. People question, what happened to the great city of Chi-Town, and will Chicago ever find a solution to ensure the nights are safer and easier to live in?

3 Responses to "Chiraq: What Happened to ‘Chi-Town?’"