Meditation in the Corporate World 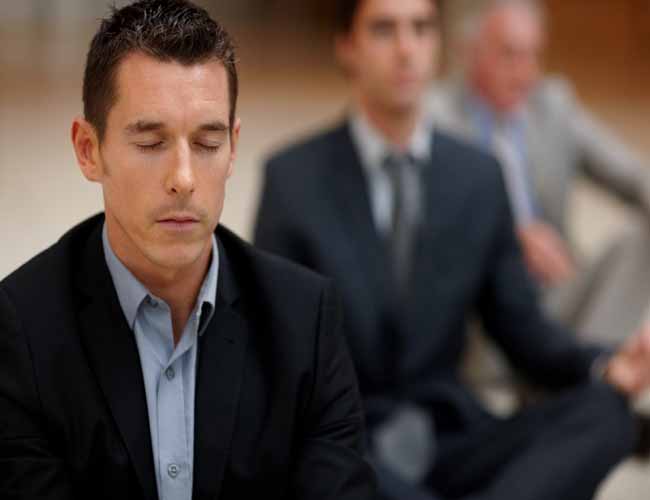 Meditation is fast becoming a fashionable mind improving tool. With growing scientific proof that the practice could augment memory and creativity, awareness of its practical benefits is mounting. Today, the practice of meditation in the corporate world is not as uncommon as some may imagine. People are more likely to hear about mindfulness than self-restraint.

Buddha said, “I teach one thing and one only: that is, suffering and the end of suffering.” For Buddha, as for many modern spiritual leaders, the aim of meditation is as simple as that. The heightened control of the mind that meditation offers was supposed to help its practitioners view the world in a new and more compassionate way.

For business and tech leaders meditation can be used to boost individual performance, leadership and productivity. The search giant Google brings meditation to its employees through an internal course named “Search Inside Yourself” which mixes meditation, science and business expertise. Google has also built a labyrinth for walking meditation.

Ebay has meditation rooms well-equipped with flowers and pillows. Facebook and Twitter are not behind in this mindfulness race. One of Twitter’s founders, Evan Williams, has initiated regular meditation sessions in his new company, the Obvious Corporation.

The meditation movement in the corporate world is not limited to only Silicon Valley. The mindfulness meditation practice can be found in every corner of the corporate world. Earlier this year, business magnet Rupert Murdoch tweeted about his interest in transcendental meditation. Apple co-founder, Steve Jobs, visited India on a meditation break as a young man, and who often spoke about how Zen had influenced the design of his products.

Mindfulness emphasizes that there is more to success than material prosperity. But how exactly is meditation being used in the corporate world? Even though many more companies are introducing the benefits of this ancient practice, there is no standard for meditation in the workplace. Some organizations provide meditation rooms, where workers can actually meditate, or offer quiet or recovery rooms, where employees can easily take a break from stress. GlaxoSmithKline, eBay and Prentice Hall fall into this group.

In addition to meditation spaces, some organizations offer meditation classes and retreats. Green Mountain Coffee Roasters has a meditation center where classes are offered on a regular basis, and they provide free retreats to staff members as well as their families and friends, and even to community members. One Colorado-based multimedia publishing company, Sounds True, offers a meditation room and an optional 15-minute daily period for group meditation. Before company quarterly meetings, the organization also holds a minute of silence. Daily meetings start with other mindfulness exercises too.

But still the question comes what is mindfulness meditation?Former executive director of the Center for Mindfulness at the University of Massachusetts Medical School Jon Kabat Zinn explains mindfulness as “paying attention in a particular way, on purpose, in the present moment, and non-judgmentally.” Mindfulness, basically, is a concentration on the current moment without the anxiety and stress of judging it.

Interestingly, a relentless emphasis on productivity has caused many corporate environments to become more about mindlessness than mindfulness. Although meditation in the corporate world and its benefits in the workplace are evident for an increasing number of organizations, further widespread and comprehensive integration is still required.

2 Responses to "Meditation in the Corporate World"