Kylie Jenner Running With a Cult? 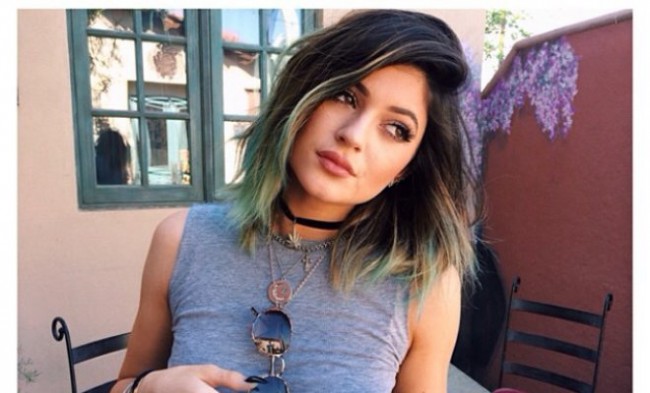 Kendall and Kylie Jenner are arguably two of Hollywood’s most genetically-gifted teens today. This gift comes at a price however in that they may also be the most controversial based on the consistent scrutiny of their entire Kardashian-Jenner clan which has resulted in a distinct lack of privacy. The constant chronicling of the Kardashian-Jenner clan drama is one thing, but there is another issue that is also intriguing.  Speculation and circumstantial evidence may point to the possibility that Kylie Jenner could be running with a cult.

In recent months, other celebrity teens have been criticized in the media for running with what has been described by some in society to be a ‘dangerous cult’ along the West Coast. Osho, which is also known as the Rajneesh Movement, has been catching the eyes of young Hollywood stars. Those stars are not afraid to show their involvement with the movement. Found on social media sources like Instagram and Facebook, are pictures of the teens clearly indicating that they have their attention on the cult. The images include the Osho books, quotes, and even its symbol of the pyramid. The ‘fabulous’ Jenner sisters are not the only stars rumored to be following Osho, but also child stars like Willow and Jaden Smith, the children of Will and Jada Pinkett-Smith, and ex-Hannah Montana star, Moises Arias who appear to be slowly becoming pro-Osho.

Those who visit the Osho website can research and determine for themselves what the “cult” is all about.  The website emphasizes meditation and other Eastern traditions like Zen, Tao and Buddhism, so the question is why are these teens being criticized for self-expression in what appears to be just another philosophical peace and meditation group?

In past decades, Osho has garnered a violent, yet perhaps misleading reputation. Recent findings have shown that those who sided with Osho have been in great amounts of trouble with the law due to rebellion. This cult was led by Bhagwan Shree Rajneesh, who many people today connect with the names “sex guru,” “drug lord,” and even “bioterror attack leader.”

How bad could this cult potentially be if they are able to pull in children from Hollywood and it has been years since Osho was reported for anything dangerous? Most child stars rebel and do what interests them. They can be as impressionable as any other teenager and have the same motivations to find themselves beyond what their Hollywood reputation has defined them as. They also have unique, personal interests that may or may not fit with the reputation assigned to them and that some might describe as outrageous.

For example, those who follow Jenner on Instagram, Twitter and Facebook may have been skeptical about certain images that she recently posted. Because she has the privilege of living in a lavish lifestyle, many might question her recent apparent need to rebel as evidenced by, for example, the addition of a bright peacock blue color into her dark brown hair. Others might question her recent obsession with “sharpie-tattoos.” Jenner further raised eyebrows when she traded in her trendy Kardashian Kollection purses and heels for jet-black, studded combat boots. There is also a recent Instagram post of Jenner in a meditating pose and added altogether these various behaviors indicate significant changes in Jenner’s lifestyle, more so than has been seen by her older sister Kendall and these changes may be due to Osho cult influences.

Kendall Jenner, Kylie’s 18 year old sister, has been very busy making more of a name for herself. Most would debate that she is the most successful out of the Kardashian-Jenner clan simply because she seems to have always been true to herself. Overall, Kendall has become the more prominent sister throughout the modeling business and her career is only rising as she has participated in shows and cat walks with fashion hot shots like Chanel, Givenchy and Marc Jacob. So why would she be linked to this dangerous cult? Most would say she is not. Most would even say that both she and Kylie have never really had the same interests growing up. This perfectly explains the Kardashian and Jenner family though. Should one family member be in the news, the others are automatically brought into that very same drama regardless of their level of involvement. Whether or not Kendall is running with the Osho cult just as much as her sister Kylie appears to be, they have always had the sisterly-bond and Kendall is surely supporting Kylie’s rebellious choices.

5 Responses to "Kylie Jenner Running With a Cult?"