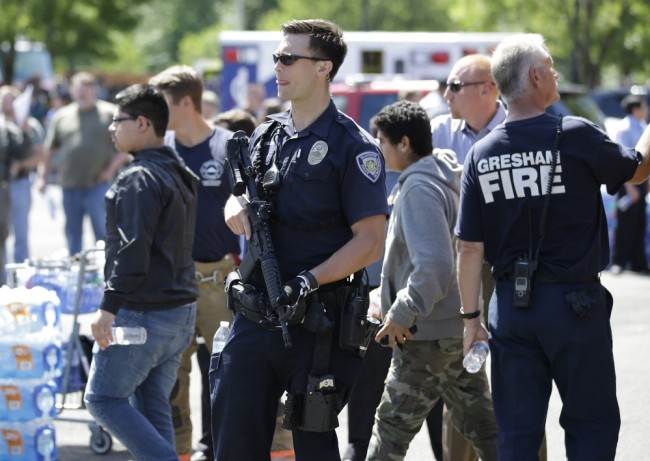 Two teenagers are dead, and the country mourns again. Parents, faculty and police are still working their way through the aftermath of this week’s school shooting in Oregon’s Reynolds High School. The shooting left one 14-year-old victim and the 15-year-old gunman dead and one faculty member injured. It rocked Oregon and it rocked the country, but it was not completely unforeseen, as school violence has surged though the US in recent years.

Much has been made of the recent use, or misuse, of the Everytown gun safety organization’s press release claiming that there have been 74 school shootings in the 18 months between the Sandy Hook elementary school shooting and the Reynolds High School shooting. CNN, political bloggers and no small number of Facebook and social media reposters passed along Everytown’s startling number, only to re-examine it when challenged, as the exact definition of a “school shooting” can be debated from many angles. CNN settled conservatively on the conclusion that no more than 15 school shootings occurred in 2013, others settled closer to 35. Everytown stands by the 74 number as representing their survey of every firearm discharge incident in a US school reported by any news outlet.

In the back and forth of debating numbers and definitions, it is easy to lose sight of the blood and tears. On June 10th, a 15-year old Oregon boy, from a home-life marked by a contentious divorce, strong Mormon teachings and a ready access to firearms and ammunition, packed an AR-15 assault rifle into a guitar case, took the bus to school and opened fire, taking the life of one schoolmate and injuring a teacher before fleeing to a bathroom and shooting himself in the head. In isolation this would be a tragedy. On June 5, just 5 days earlier, a 26-year-old man walked into the lobby of a building college building in Seattle, Washington, aimed a shotgun at a cluster of students, and opened fire, killing one and injuring three others. On May 23, only 13 days before that, at the University of Santa Barbara, a student killed his roommates and their friend with a knife, then drove out to a nearby sorority house and opened fire, he fired and killed and reloaded and killed again, leaving six dead and over a dozen injured.

The list continues and the numbers blur together, but the fact remains that kids are killing kids. Adults are killing kids. Schools are becoming war zones. Even as US crime statistics show an ever decreasing number of violent crimes the rate of school shootings has increased threefold in five years, and that is using CCN’s conservative numbers.

The political right think the rise of violence among students means the country needs more religion in its schools. The Left think it means the country needs more gun control. The parents think it is a reason to fear, and the students are caught in the crossfire, literally and figuratively. The Oregon shooting is neither the largest nor the smallest. It is not the shooting with the most star power, the highest quality video, the catchiest headlines or the youngest victims. The Oregon shooting is the just the latest in a rising tide of school violence and human grief that is overwhelming the country and threatening to drown America’s children.

One Response to "Oregon Shooting Part of Upswing in School Violence"