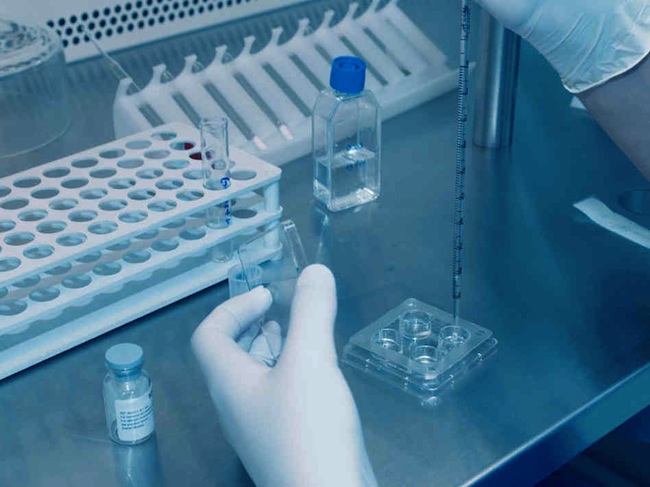 United States prosecutors have filed charges against a researcher who admitted to fraudulently reporting data while conducting research for a HIV vaccine. Dong-Pyou Han, a former laboratory manager at Iowa State University, admitted to putting human antibodies into samples of rabbit’s blood to create the illusion that an experimental vaccine was potentially effective. After millions in grants from the National Institutes of Health and years of work, another laboratory discovered irregularities that showed the results were false.

Last week, Han, 57, was indicted on four counts of making false statements and could spend up to five years in prison for each count. His arraignment was scheduled for Tuesday in Des Moines, but because of a paperwork mix-up, he was unable to appear. He will have a second change to appear next week, according to a prosecutor.

Although such cases of fraud rarely result in charges, experts say this case was extraordinary. The NIH said it is reviewing whether the case has had an impact on the research the organization funds.

In the last 30 years, only a few similar prosecutions have occurred, according to Ivan Oransky, co-founder of Retraction Watch, an organization that follows research misconduct. He said the case is important because it is very rare for the criminal justice system to hold accountable scientists found to have committed fraud.

Oransky called Han’s case “particularly brazen” noting that the U.S. Office of Research Integrity, which investigates misconduct, rarely brings charges because it does not have authority to prosecute and because most cases involve smaller sums of money.

Mike Carome, a consumer advocate and director of Public Citizen’s Health Research Group, said the case is an extraordinary one which involves clear and deliberate falsification. “The wool was pulled over many people’s eyes,” he said.

Finding a HIV vaccine continues to be a top priority for the scientific community, internationally. In 2009, a study conducted in Thailand was moderately successful with nearly a third of vaccine recipients gaining protection against infection. Unfortunately, those results are not sufficient for wide-ranging usage, so research is still needed.

Through his misconduct, Han caused colleagues to misinform the NIH with false statements on a federal grant application and in progress reports, according to the indictment. As of June, the NIH grant has funded Iowa State $5 million. The university has agreed to repay almost $500,000 to reimburse Han’s salary.

Han’s misconduct began during his work under Michael Cho at Cleveland’s Case Western Reserve University. Cho lead a team, which tested an experimental HIV vaccine on rabbits. In 2008, the team was initially funded by NIH for its research. Soon after, Cho reported that rabbits were developing HIV antibodies due to the vaccine. The reports left officials at the NIH “flabbergasted,” according to a criminal complaint against Han.

In 2009, Cho’s team sent blood samples to researchers at Duke University, who confirmed the vaccine’s impact on the rabbits. The complaint said the results were considered a major breakthrough for HIV/AIDS vaccine research. Cho and his team, which included Han, were then recruited by Iowa State where they received a five-year grant from NIH to continue their research.

The team continued to report progress to the NIH, but in January 2013, a Harvard University team discovered the positive results were fraudulently achieved with human antibody-spiked rabbit blood. Han’s fraud was discovered during an Iowa State investigation, when the researcher was caught sending more tainted HIV vaccine samples to Duke University.

Han confessed in a letter on Sept. 20, 2013, stating he began tampering with the samples in 2009 because he wanted the results to look better. He admitted, none of the other Iowa State researchers had anything to do with the fraudulent HIV vaccine data. He said he acted alone.