Toyota Hydrogen Car Will Be Available in 2015 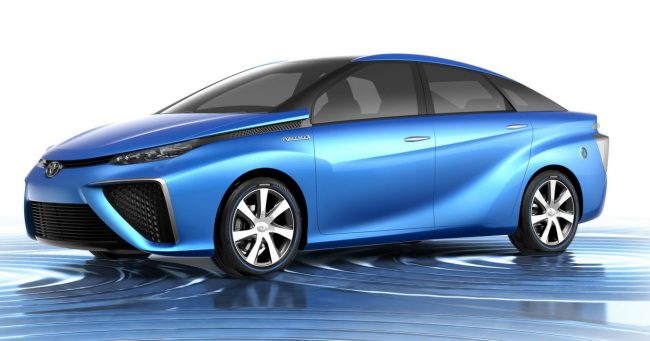 Toyota recently announced its response to Tesla Motors’s fully electric vehicle with a hydrogen powered car that will be available in 2015. The hydrogen fuel cells only emit harmless water vapor. The first model of the vehicle will be a 2015 Sedan that is priced at $70,000 and will be first launched in Japan, which is right in line with the release of the Tesla Model S. The Toyota hydrogen car claims it will have a 430 mile cruising range and a refueling time of three minutes: both figures are better than the traditional batteries and gas-powered vehicles.

After the eco-friendly vehicle is released in Japan, it will be distributed in Europe and North America. California will be the first state to receive the Toyota hydrogen car because of their proven willingness to embrace new car technology, and the state has already begun investing in hydrogen fueling stations. The car manufacturer stated that their biggest challenge is to make the cars as, or more, convenient than traditional vehicles to use on a daily basis.

The design for the new clean energy vehicle has been finalized. The sedan’s design is modeled after the earlier FCV concept. The price of the Toyota hydrogen car is just an estimation as an official price has not yet been finalized. The baseline price of the Tesla S is $60,000 and includes a lifetime of fuel costs. Toyota believes that they will have the upper hand with the technology’s claim of a faster fueling time, greater range, and less of an environmental impact.

The Toyota Hydrogen Car which will be made available in 2015 is much more efficient in refueling than the Tesla Supercharger, which takes more than an hour to deliver a charge that enables a range of 300 miles. Toyota’s alternative energy vehicle is pumped with hydrogen gas which takes approximately four minutes. Once in the tank,  the hydrogen is gradually mixed with oxygen inside the car. The combination produces an electro-chemical reaction that powers the car for over 400 miles, which emits only harmless water vapor.

The 2015 Toyota hydrogen car will be made available by April in Japan, but there are complexites with the technology. The cost and difficulty of gathering, storing, and delivering the hydrogen gas at a high pressure is more difficult and costly than gas. Observers have noted that it will be difficult for the major car manufacturer to compete with Tesla’s fueling infrastructure; which offers charging stations at customer’s home, parking areas, rest stops, and offers solar power charging capabilities to save money.

The 2015 Toyota hydrogen car will only be available to cities that already have some sort of hydrogen fueling infrastructure already. Automotive observers have stated that Toyota’s biggest challenge is not developing and releasing a workable model, but ensuring that customers are always near a refueling station. Environmentalists do favor the Toyota hydrogen car when compared to Tesla’s all-electric vehicles due to the fact that the energy in Tesla vehicles is very likely to come from environmentally harmful sources, like coal.

5 Responses to "Toyota Hydrogen Car Will Be Available in 2015"