Caffeine and Its Hold on the World 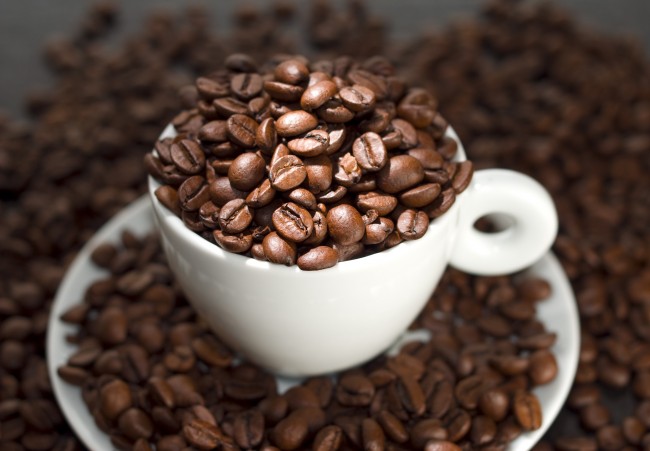 Caffeine is everywhere—in the food that people eat, in the things that people drink. It is found not only in coffee and tea, but in soft drinks, in foods containing chocolate and in 60 different plants like kola nuts and cacao pods. Oftentimes, caffeine can be added into other foods, drinks, and medicines. It is so widely consumed that  90 percent of the world uses some form of caffeine, according to the Food and Drug Administration. Furthermore, around 80 percent of Americans eat or drink caffeine on a daily basis. Whether people are aware of consuming it or not, caffeine has produced an uncanny hold on the world and it has become part of most people’s everyday diets.

How did this product take the world by storm? Caffeine is known for its addictive qualities and when consumed, it causes the brain to feel alert and active. After it is eaten it becomes absorbed by the small intestine, goes immediately into the bloodstream and then penetrates into the brain.

Caffeine is able to create a sense of alertness because it blocks off a molecule in the brain called adenosine, which produces feelings of tiredness in the body. It does this because the caffeine molecule and adenosine are structurally very similar. When caffeine enters into the system, it is able to fit into the cell’s receptors of the brain where adenosine is received. When this happens, caffeine blocks adenosine from being received by the brain and therefore causes one to feel more awake.

When people have large and consistent doses of caffeine, the brain’s structure will actually begin to change to adapt itself to the presence of caffeine in the brain. This can be a reason for the addictive quality, since the body is now accustomed to this molecule and it is now needed. People may feel a greater tolerance to caffeine the more they consume it because the brain adapts by producing more adenosine to balance it with the caffeine in the system. Furthermore, withdrawals happen because the brain has now adapted itself to caffeine and has changed its chemical structure to fit the presence of caffeine.

Thus, caffeine’s hold on people and the world is due in part by the addictive qualities it possesses and why it is consumed so often. However, the benefits of caffeine go beyond simply being a stimulant for the brain.

A recent study published in the Journal of Physical Chemistry B shows how caffeine has antioxidant properties and can also attack “free radicals,” which are molecules that destroy the healthy cells in the body. Caffeine has the potential to eradicate these molecules that cause heart and Alzheimer’s disease.

Unfortunately, the dark side of caffeine was exposed through the death of teenager Logan Stinter on May 27 by an overdose of caffeine powder. Caffeine powder is not regulated and is marketed as a dietary supplement. Products selling pure man-made caffeine powder have been found in certain liquor stores and online sites like Amazon, and can be dangerous when taken in high doses. One teaspoon is already equivalent to 25 cups of coffee and is extremely lethal.

Caffeine powder can be especially attractive to the young people because of the stimulus effect it creates. Although caffeine is an essential part of most people’s lives, its hold on the world and especially young teens can be deadly, resulting in untimely deaths like that of Logan Stinter.