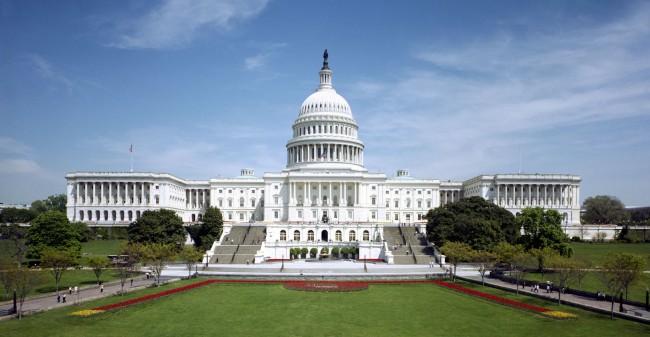 Countable, the red-hot new political website, has just brought its unique political oversight system to an iPhone near you. The Apple iTunes store is now stocking a new iPhone app that offers users a mobile version of the political website. Countable allows U.S. citizens a chance to influence the lawmakers who represent them by urging them how to vote. With the new iOS app, following bills through the political process becomes much easier, and so will becoming part of the dialogue now that Countable has moved into the mobile realm.

Countable started as a website that allows constituents the ability to view any piece of legislation before the U.S. Senate or the House of Representatives. The site provides easy to understand descriptions of the legislation along with brief and understandable arguments for and against each item under consideration. With each piece of legislation described in a way that most people can understand, along with the pros and cons of each, the website quickly became a popular digital locale for citizens to follow what their representatives were doing. With the new mobile version, users can access the information from almost anywhere.

The unique functionality of the website allows constituents to tell their representatives how they want their reps should vote. This hands-on experience enabled the website to send out nearly 60,000 messages to Congress in the website’s first month of operation. This pushed the company to accelerate the release of a much-needed mobile platform. With Apple releasing the Countable app for iPhones, the iPad and other iOS devices, constituents nationwide now have easier access to their congressional representatives and the oversight of the legislative process itself.

Users log onto the website through a Facebook account and provide their zip code to connect themselves with the appropriate representatives for the state and district in which they live. After logging in, the users have the ability to review the legislation facing upcoming votes. After reviewing the available items, users can select the appropriate options to tell their representatives how they what them to vote. Once a vote takes place, users can revisit the Countable site to see if their elected officials followed their wishes or went against their wishes. While not every voter in the US is a member of the Countable site (yet), it has already become a useful tool for voters to follow their elected officials to see if they are truly representing them.

While the Countable website allows users to click on how they think their representative should vote, the app from Apple also provides a push feature that will notify users when legislation that may be of interest is up for debate. This allows Apple users to become even more involved in the process by keeping tabs on their elected officials.

The Countable website and app separates the legislation into categories, making it easier for users to find bills that are important to them. Allowing users avoid reading about legislation that may not be of interest to them is one of many features intended to draw people to the site and become a part of the political process. Since being released in May 2014, users have added their input on over 1,155 pieces of legislation.

By bringing Countable legislative oversight program to Apple’s iPhone and other iOS devices, information on what is going on in Washington D.C. has become more accessible to everyone. With the addition of easy to understand descriptions of the legislation and the pros and cons of each item, Countable is anticipating rapidly increasing traffic to their sites and will probably release apps for other mobile platforms in the near future. With the added access to what is happening in government, elected officials may find themselves under more pressure to actually represent their contingency if they want to be re-electable.

One Response to "Countable Brings Legislative Oversight Program to iPhone"