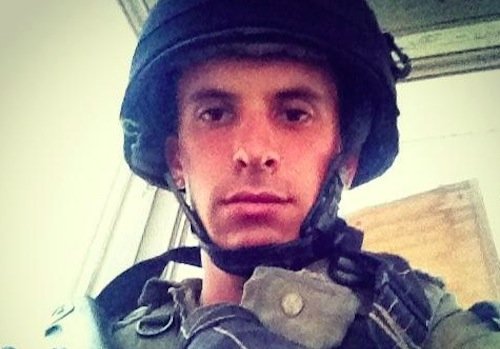 Americans Nissim Sean Carmeli and Max Steinberg (pictured) were among those killed in the Israel-Palestine conflict on Sunday. Health officials in the Gaza Strip said that the war has thus far claimed the lives of 496 Hamas militants and Palestinian civilians, including almost 100 children. Eighteen Israeli soldiers and two civilians have also died. Between both sides, seventy-eight people were killed on Sunday as result of the first major ground battle since fighting began two weeks ago.

Both of the young American men had a love for Israel which led them to personally commit to the Israel Defense Forces (IDF). According to a statement from Deputy Consul General of the Southwest Maya Kadosh, Sergeant Carmeli, who was from South Padre Island, Texas, had been living in Israel the previous four years. The consulate reported that it is providing unspecified assistance to bring his family to Israel.

Carmeli was with the IDF’s Golani Brigade. A longtime friend of Carmeli’s family, Rabbi Asher Hecht, said that Carmeli completed high school in Ra’anana, Israel and then joined the Israeli army. Nissim Carmeli was described by Hecht as having a “kind and gentle soul” with “great energy.” Hecht reported that Carmeli’s two older sisters live in Israel and that his parents loved him “infinitely.”

Also with the IDF’s Golani Brigade, Beersheba resident Max Steinberg had graduated from El Camino Real High School in Woodland Hills, California, where his family still lives. Steinberg’s father, Stuart Steinberg, said his son had first visited Israel in June 2012, when a Birthright Israel trip brought him and his younger brother and sister to the country. Taglit-Birthright Israel sponsors 10-day trips to Israel for young Jewish people, with the intent to strengthen Jewish identity, communities and solidarity with Israel. Upon returning home, Steinberg informed his parents of his decision to return to Israel and join the IDF and, six months later, he went back.

The Steinbergs were visited Sunday by representatives of the Los Angeles Consulate General of Israel who told them of their son’s death in the Gaza Strip. Stuart Steinberg spoke to his son for the last time at four in the morning California time on Saturday, just hours before his death. During the conversation, Max Steinberg told his father a story of how two of the tanks in his group had collided, resulting in injuries in his group, including Max himself, who had sustained a sprained back. Despite the injury, Max told his father that he would soon return to combat and his friends in the Gaza Strip. Stuart Steinberg said that his son felt a complete dedication to serving Israel and had a clear focus on this as his personal mission.

The U.S. State Department confirmed the deaths of Carmeli and Steinberg in the Gaza Strip. “Out of respect for those affected by this, we have nothing further at this time,” said State Department spokeswoman Jen Psaki. The head of the Jewish Federation of Greater Los Angeles, Jay Sanderson, sent an email message saying that the Federation and its community “is committed to support them in any way they need – and to honor Max’s memory.” The Steinberg family will leave for Israel on Monday, where Max’s body will be buried.