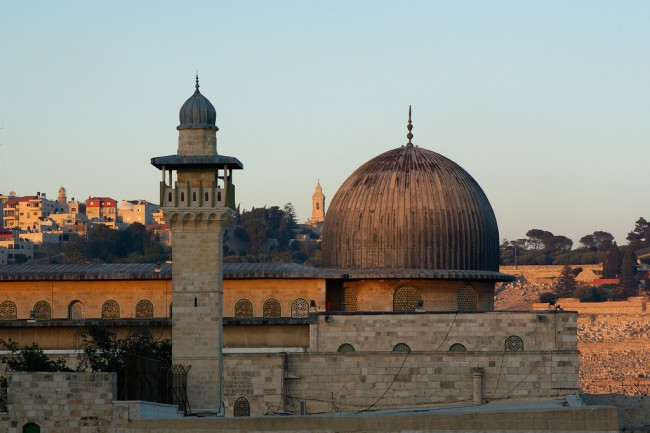 Gaza Strip casualties were called a ‘Slaughter of Innocents,’ by Henry Siegman, president of the U.S./Middle East Project. Siegman’s father was a leader in the European Zionist movement that brought on the re-establishment of Israel.  In a Democracy Now interview, Siegman discusses in-depth  Zionists pursuing their goals for Israel and its effect on Palestinians.

Originally Palestine was a sovereign state, until the Zionist movement forced them off of their lands. In the years since the Six-Day War in 1967, Palestine and Israel have had many conflicts over Israeli occupation of Gaza and the West Bank.

Before 1948, Palestine was 10,000 square miles in area, and was home to Christians, Arabs and Jews. It was bordered by the Jordan River, Egypt, the Mediterranean Sea, Lebanon and Syria. European Zionists pushed for a Jewish State, claiming the land originally was promised to them by God and they wanted to take it back. They succeeded and in 1967 they officially occupied Gaza, displacing 700,000 Palestinians. In 2005 Israeli troops and settlements withdrew from the area, yet Gaza is still controlled by Israel.

Gaza and the West Bank are completely surrounded by Israel. Siegman feels that Palestinians have a right to want more land, and to control their own affairs without interference from Israel.  He said Israel feels they have the right to control the Palestinians and that they are indignant at Palestine’s desire to resist and revolt against them.  Henry Siegman considers Hamas a legitimate political party and says he understands them being angry at what he called a ‘slaughter of innocents’ in the Gaza Strip. The  American government’s official stance classifies Hamas as a terrorist group.

In the past few weeks, 120,000 Palestinians have become refugees. Israel, with the support of the U.S government, is still bombing Gaza, and several attempts at a cease-fire have fallen apart. Siegman spoke of the political implications of this conflict, calling it “disastrous.” When asked what Israel’s objectives of the current assault on Gaza were, he spoke of the sentiment that Israel feels threatened by surrounding countries and has to defend itself. Siegman described Israel’s current attacks on the Gaza Strip as a humanitarian crisis. He feels that even though Gazans may live on what Israel considers its land Gazans have a right to safe living conditions.

Siegman spoke of living in Nazi Germany, and the series of events that got him and his family out of the country. He discussed his opinion of how the citizens of Germany, though they were not evil themselves allowed the ‘evil’ that was happening to Jews at that time. He compared it to the Israeli public looking on at the bombing of Gaza and feels they turn a blind eye and elect officials who support IsraeI’s bombing of  Palestine.

Siegman is actively involved with Palestine, and has stressed that Palestine organize nonviolent protests that assert their right to a two state solution. He feels that Israelis would look at Palestinians in a different light if Palestine took that approach. There is a growing movement of Palestinians who support this idea.

Henry Siegman condemned what he called a ‘slaughter of innocents’ in the Gaza Strip. He said that if Palestine organized a movement and implemented policies of non-violent protest, then Israelis would see that there can be peace, and perhaps the fighting would end.

9 Responses to "Gaza Strip Called a ‘Slaughter of Innocents’"