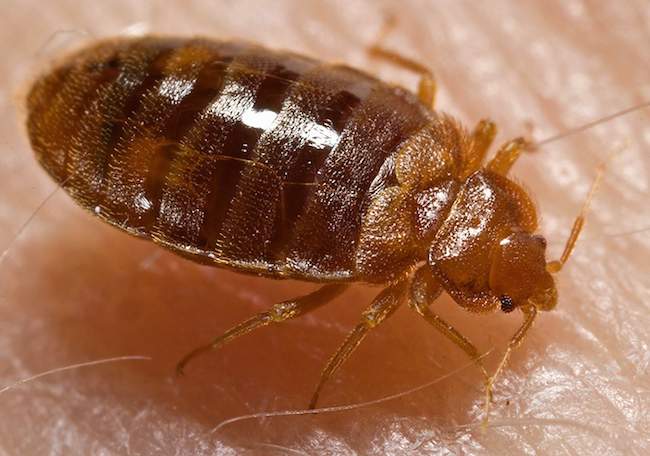 Train cars have been fumigated in the New York City subway system, but officials with the Metropolitan Transit Authority (MTA) say that the problem is not a big one. Trains on the N and 5 lines have seen bedbugs in conductor cars and four or more trains were later released from service and fumigated. In addition, bedbugs have been seen in passenger cars on the Lexington Avenue line and also in the homes of at least two MTA workers.

The latest reports indicate that the MTA expanded its investigation by looking into reports of sightings on the 7 train. However, no evidence of bedbugs on that train was found. Nevertheless, one rider recalled a bedbug-ridden ride Monday morning on the 7 line, saying that he saw them exiting “from under the seat to feed on people’s legs.” Another rider on the 4 train said he smashed a bug on the floor, turned it over and “There was blood everywhere.” He said “I … was like ‘Whoa! It’s a bedbug alright.'”

An anonymous New York City subway cleaner said she noticed bedbugs in her home two days before her employer fumigated a locker room on August 6 where she works at the Ditmars Boulevard Station. She said she and her home had not had signs of bedbugs before then but now “they’re all over me” and have infested her home.

The anonymous cleaner said she cannot afford the cost of having her home fumigated and MTA policy dictates that it cannot help. An MTA spokesman said that his organization cannot fumigate property that it does not own.

Billy Swan, who works for NYC Pest Control, said that an actual infestation of bedbugs on a subway train is not likely because of the way they travel, which is by moving from host to host, in this case, rider to rider. In Swan’s opinion, he would expect “one, maybe two or three bedbugs max” on subway cars.

Bedbugs are parasites, relying on human beings for food, hydration and shelter. If a bedbug is seen on the floor of a train the chances are good that it recently fell off another person.

Swan pointed out that any bedbugs seen on trains are “likely” to be pregnant females trying to get away from males because … males  pierce the abdomen of females during the mating process, ultimately leading to the female’s death. Attracted to body heat, pregnant female bedbugs “are like hitchhikers,” Swan said, trying to hang onto a subway rider, eventually landing in a new home where they can begin a new colony.

Adam Lisberg, who is a spokesperson with the MTA said that the issue is not a big one, noting that his transportation system sees 5.5 million riders each day so, clearly, all of them cannot be checked for bedbugs prior to getting on a train. “This is an interesting story but not a big problem,” he said.

New York City has received reports of bedbugs in its subway system before. They were seen in a booth in a station in Brooklyn in 2010, which was subsequently fumigated. That was the year the bedbug problem throughout New York City peaked. Reports throughout the city are now 50 percent below what they were.

On the other hand, Swan argues against this statistic, saying that people have simply become more complacent about bedbugs and therefore are not filing reports. He remains convinced that “they are spreading like wildfire.” He reports that his company gets more calls for bedbug service every month than the previous month.

To avoid a personal invasion by bedbugs as a result of riding on a New York City subway train, Billy Swan says that diligence is key “… and look around” to avoid getting infested.