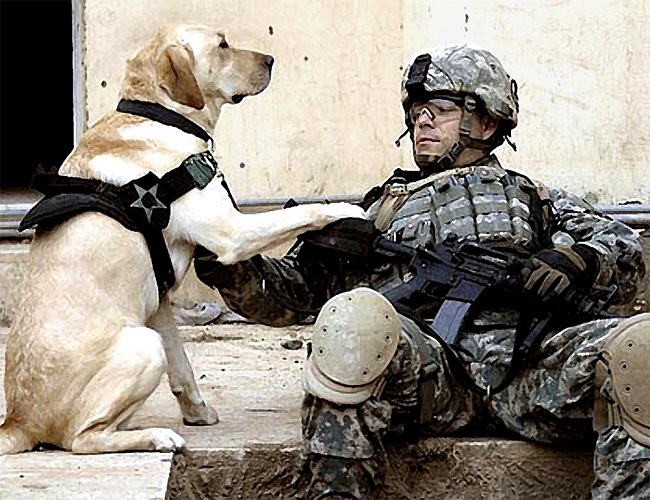 Post-Traumatic Stress Disorder (PTSD) has been known to plague a variety of individuals, but perhaps the most common and the most intense cases have been discovered among war veterans. Recent studies have revealed that veterans dating back to the Vietnam War still struggling with the effects of PSTD. Those that far along with the disorder have shown little to no improvement, while others lived with it until they died.

Even though the Vietnam War has been over for over four decades, 11 percent of those who are still alive have reported experiencing the psychological disorder. These statistics were confirmed Friday by the American Psychological Association (APA). Researchers have compared this new-finding to the results of a study on PTSD back in the 1980s, where 15 percent of veterans were reported to struggle with the mental disorder. The mere four percent decrease across the years did not prompt much optimism among the researchers.

Dr. Charles Marmar, a psychiatrist from New York University, was one of the individuals who worked on the original findings. Typically, he explained, those who develop PTSD overcome it in the first few months. Sometimes, though, that turns to years. “For everybody else,” he said, “[the condition becomes] very chronic.”

The most likely candidates for PTSD have been distinguished as veterans of colors, soldiers who had to kill members of the enemy, and those who were very young in age during their years of service. More than 21 million U.S. veterans are said to be plagued by Post-Traumatic Stress Disorder. Families and community members of returning veterans with PTSD have been included because of their support and help in readjusting their soldiers back into life outside of war. In active-duty, 13 percent of soldiers and 10 percent of Mariners have been found to have PTSD. The military all too often dismisses these findings, veterans are unable to find the counseling and help needed for recovery.

According to MayoClinic, symptoms of Post-Traumatic Stress Disorder usually surface within three months to three years following the traumatic experience, and are general categorized into four groups: avoidance, intrusive memories, mood or changes in emotional reactions and negative changes in thinking. Individuals diagnosed with this disorder develop feelings of distress and anxiety in anything that remotely relates to the event, and tend to experience vivid flashbacks of the real thing. Persistent nightmares can also plague veterans with PTSD, which can cause them to develop depression and social withdrawal.

In 2004, a virtual-reality program was developed to help the veterans who were plagued with Post-Traumatic Stress Disorder. The program, called “Bravemind,” used to stimulate a combat environment that was meant to treat PTSD symptoms. Within the virtual world, veterans were exposed to a series of triggers that caused them to relieve the origin of the trauma, and allowed them to confront it in a safe environment where there was no risk of them getting hurt.

An overwhelming number of veterans are still plagued with Post-Traumatic Stress Disorder today. Some of them are able to conquer their symptoms and move past of them, while others are not. There is no clear way of knowing yet what kind of case each veteran suffers from. However, the APA has annual meetings in order to develop ways of continuing to decrease the number of PTSD victims.