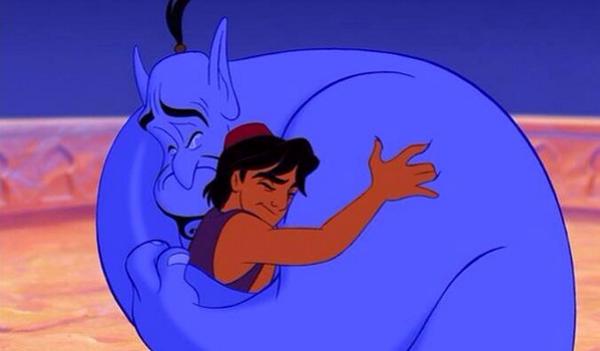 The world lost one of the great comedians yesterday, after Robin Williams was discovered dead in his Marin County home. As news of his passing spread, so did the tributes and stories about the legendary funny man. He was seemingly universally beloved, whether it was for his humor, his kindness, or simply, as comedian Steve Martin put it, for being “a genuine soul.”

Many people chose to honor Williams by referencing one of the many roles he portrayed. The Academy Awards tweeting simply “Genie, you’re free”, accompanied by a picture of an appropriate scene in Disney’s Aladdin, where Williams played the mythical friend. His emotional scene in Good Will Hunting was another popular way to honor the actor. Others referenced a scene from Mork and Mindy, where Williams’ Mork character discusses “the terrible disease known as loneliness” that many humans suffer from.

Many celebrities chose to recount one of the many encounters they had with Robin Williams. Russell Crowe tweeted about a time that a five minute chat that evolved into 90 minutes, and by the end, his sides were aching with laughter. Conan O’Brien had the unfortunate news break to him as he was filming his late-night talk show. A clearly emotional O’Brien broke the shocking news to his audience and to his guest for the night, Will Arnett, who was visibly holding back tears.

One of the stories that has been passed around since the news of Robin Williams’ passing has been an interview that Christopher Reeve had with Barbara Walters in 1995. Reeve discussed the accident that left him paralyzed and his state of mind afterwards. In his discussion with Walters, he said that he “wanted to die” after the accident, and that he would spend time, alone, in his hospital bed with “his dark thoughts.” Reeve recounted that during one of those days soon after the accident, a man in scrubs burst into his hospital room and, with a thick Russian accent, told Reeve that he was there to give him a rectal exam. The man was Robin Williams, who had been a long-time friend of Reeve and a former roommate at Juilliard.

““For the first time since the accident, I laughed. My old friend had helped me know that somehow I was going to be okay,” Reeve told Walters, “I knew then: if I could laugh, I could live.”

Robin Williams will be missed by all, but by none moreso than his family. Perhaps one of the most touching tributes to Williams came from his own daughter, Zelda, who took to Twitter to post a poem about death and remembrance. “You – you alone will have the stars as no one else has them…In one of the stars, I shall be living. In one of them, I shall be laughing. And so it will be as if all the stars were laughing, when you look at the sky at night…You – only you – will have stars that can laugh.” She followed the poem up with her personal message “I love you. I miss you. I’ll try to keep looking up.” Williams and his daughter have always been close, even pairing to promote Nintendo’s Legend of Zelda series, after which his daughter was named.

As more and more tributes are made to honor the legendary comedian, it is important to remember that, like the many roles that Williams has played, there is a time to cry and a time to laugh. Weep for his death, but not for long, for as Robin Williams stated when playing Peter Pan in the film Hook, “To die would be a grand adventure!”