By Fern Remedi-Brown on September 6, 20142 Comments

It is no secret that the U.S. is undergoing an obesity epidemic. The latest research is that prevention can occur in adolescence. Teens who deprive themselves of sleep are at risk for obesity in their early 20s and long-term. This is according to a recent study at Columbia University in New York City.

According to a Harvard School of Public Health report on obesity prevention, the lack of sleep is a trend that contributes to obesity in children and adults. A comparison from 1998 to 2005 showed that the number of American adults getting eight hours of sleep per night decreased from 35 percent to 26 percent.

The Columbia University study shows that teens age 16 who get less than six hours of sleep a night are at a 20 percent greater risk of obesity by the age of 21. This is in comparison to those who slept eight hours a night.

The study showed a direct correlation between teen sleep hours and being obese as an adult. Obese adults have a much more difficult time shedding weight than do children and adolescents.

A New Zealand study conducted in 2008 followed over 1,000 children from birth to age 32. It demonstrated that sleep habits adopted in childhood may have a long-term effect on weight in adulthood. The results were that each one hour of sleep loss in childhood is directly associated with a 50 percent increased risk of obesity at age 32.

Some longitudinal studies have shown the results of sleep deprivation in younger children and infants. For example, a 2005 British study that followed 8,000 children from birth looked at those who slept fewer than 10 and a half hours at age 3. Those children had a 45 percent greater chance of becoming obese by age 7. The control group slept more than 12 hours a night at the same age.

As mentioned above, studies have previously been done on other age groups, linking sleep loss and future body weight. What is novel about the recently published Columbia University study is that it is the first of its kind looking at the effects of teenage sleep deprivation as a predictor for and cause of long-term obesity.

The Columbia University study was conducted by Assistant Professor of Epidemiology Shakira F. Suglia, ScD at the School of Public Health and was published in the Journal of Pediatrics. Data was used from home visits with 10,000 participants aged 16 to 21 in 1995 and 2001.

In Suglia’s study, nearly 20 per cent of teens said that, at age 16, they experienced sleep deprivation, sleeping fewer than six hours a night. When this subgroup reached age 21, they were 20 percent more likely to be obese than those who slept eight hours a night.

The direct cause of obesity is not clear. Studies that are based on observation – even long-term – may suggest an association between sleep and weight. They cannot show conclusively that if a child gets enough sleep, they can lower their risk for becoming obese. Randomized clinical trials may give more information in this area. 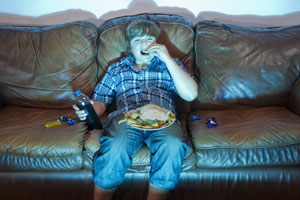 According to the aforementioned Harvard School of Public Health report, longitudinal studies (over time) provide the most reliable data on the effects of sleep habits. Other factors that contribute to obesity risk include whether an individual’s parents are obese, and the amount of time dedicated to physical activity and that allowed for screen time.

Getting sufficient sleep not only helps teenagers do better in school. It also aids them later in life to manage their body mass index (BMI). Ways that lack of sleep affects adults include health, performance, safety, and financial.

As mentioned above, while those who experienced obesity had less activity, the direct correlation between sleep deprivation as teens and obesity is not determined. Additionally, although Suglia hypothesized in her recent study that there could be a difference between males and females, none was found.

The recommendation from the Center for Disease Control (CDC) is between nine and ten hours a night. The results of the Columbia University study did not specify whether later cumulative sleep could offset earlier deprivation for teens, thereby preventing long-term obesity in later years. The message from the study was that it is the responsibility of parents to ensure their children get more than eight hours of sleep each night.