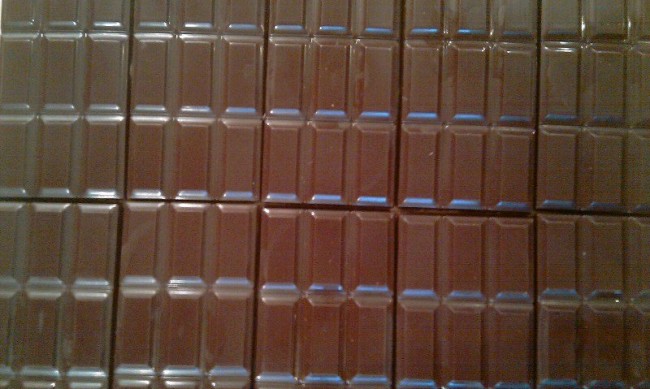 There has been recent panic over the possibility that the Ebola outbreaks might threaten the world’s chocolate market. Because over half of the world’s cocoa beans are purchased from the Ivory Coast and Ghana, two of the biggest reported areas for the outbreak, people are wondering if they should stock up now on one of the world’s most delicious treats. To chocolate lovers everywhere, the message is, as in all areas of life, remain calm and stay positive, cocoa beans continue to thrive, especially when taking a look at the global chocolate market.

The world’s largest cocoa bean buyers currently dominating the global market and importing almost exclusively from the Ivory Coast are Hershey’s, Cadbury and Nestle. The second largest exporter of cocoa beans worldwide is Indonesia, largely Bali, where the crop represents a fairly recent addition to their goods, going from no production in the 70’s to second runner-up by 2006. Bali is also one of the world’s only certified raw producers of the cacao bean. Cacao verses cocoa differs in that the product, cacao, is in its raw state, unheated and unprocessed, leaving the bean full of the wide range of vitamins and minerals it naturally contains.

The top three importers of African cocoa beans are also known to produce the world’s cheapest chocolate, which is available nearly everywhere. Simply based on the fact that they produce some of the cheapest chocolate and buy the most cocoa, their product is questioned as to where it ranks in terms of “healthiest” in the enormous display of chocolate choices available today. As is usually the case when mass-producing products, often quality is compromised and less expensive ingredients are utilized. Though Nestle touts itself as being on top of health and wellness, it is more than likely the general public agrees that Nestle Crunch bars and 100 Grand bars are not the healthiest items one could purchase. Most Nestle chocolate bars contain dairy, sugar and any number of unknown ingredients (which are nowhere to be found on their website).  Likewise, Hershey’s and Cadbury mass-produce inexpensive chocolate that might be a far reach from so-called “health bars” when compared to their higher-priced competitors.

Ecuador and Brazil are also well-known for producing high quality chocolate for smaller, higher-end chocolate companies. Companies that produce chocolate on a smaller scale and pay more for exquisite raw materials are most likely to offer an end product that is better for the body. What it comes down to is that even if African cocoa beans are under threat, their Indonesian and South American counterparts will be picking up the slack, providing raw products for healthier chocolate bars all the world can enjoy.

Balinese distributor Earth Circle Organics is a good example of one of the largest and  one of the only certified raw distributors of cocoa beans on the market. They supply raw chocolate companies which are popping up all over the world as well as less processed, more conscious companies who care a great deal from where their cocoa comes. Smaller, healthier companies can also buy from small Hawaiian farmers who are now producing a great deal of cacao, which is kept free of pesticides and heavy processing.

Before buying chocolate, the following items should be considered. First, check the label to see how many ingredients are present and if all can be understood. Secondly, If the number one ingredient is sugar, the chocolate bar might be worth exchanging for another. Next, check local health food stores for chocolate options and pay attention to the percentage of cocoa in the bar.  Any amount above 50 percent is ideal. Then, try a raw chocolate bar and reap the rewards the cocoa bean really has to offer. For a list of healthier, more conscious chocolate which utilizes cocoa from areas of the world other than Africa, see sources below.

As the scare of Ebola hits the world, sending chocolate lovers into a frenzy over the potential loss of their Hershey’s bar, there is hope. For as the threat to African cocoa beans affects the largest chocolate buyers of the world, the message is not to fret, cocoa beans and chocolate continue to thrive. Turning to smaller, more conscious chocolate bar manufacturers will not only prove that Indonesia and South American cacao farmers can handle the increase in attention, it will provide an opportunity for the public to get educated on what they are choosing for chocolate bars and if their focus ought to be on another shore.

One Response to "Cocoa Bean Continues to Thrive"