Harry Potter and the Halloween Time 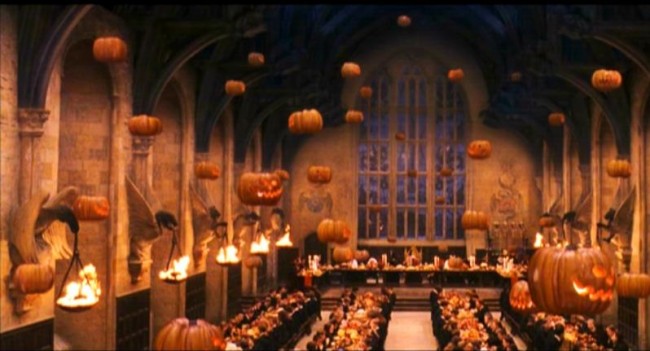 Many Harry Potter fans cannot wait for Halloween, which has been linked with the boy wizard in fans hearts and heads from the very first book. To many fans, the holiday means dressing in Hogwarts robes and a house tie, or donning Harry-style glasses and drawing a scar on their forehead (Harry got his actual scar on Halloween!). For others, it may mean watching their favorite Halloween scenes from the movies. But, this year, there is a tempting treat promised with a new story by J.K. Rowling.

For young adults (and their parents) who grew up along with Harry, Ron and Hermione, Rowling’s new story due Thursday is welcome news. The author has already announced that it is a 1,700 word account of the life of Dolores Umbridge, the toad-like, perpetually pink clad Ministry official who tortured Potter during her time as a Hogwarts professor with a blood quill and quidditch ban.

Odds are that Halloween will play some part in the Umbridge tale. Rowling clearly likes Halloween. It is a prominent holiday throughout Harry’s life and the books, and was magically brought to live by set decorators in the films. As noted, the first encounter between toddler Harry and Lord Valdemort took place on Halloween. The event, at which parents Lily and James Potter were killed, is mentioned in several of the books, but fully fleshed out in the seventh book and film.

During Harry’s first year at Hogwarts, which takes place in Harry Potter and the Sorcerer’s Stone, the Halloween feast is a magical event with the great hall decorated with vast pumpkin lanterns. That Halloween established the friendship of Harry and Ron Weasley with Hermione Granger when the trio encountered and fought a mountain troll in the girl’s restroom.

The following year in Harry Potter and the Chamber of Secrets, the intrepid triumvirate pass up the pumpkin juice and pudding Oct. 31 party to attend the deathday celebration of the 500th anniversary of the Halloween execution of Sir. Nicholas de Mimsy-Porpington, the Gryffindor ghost. During the deathday event, Ginny Weasley opened the Chamber of Secrets and released a basilisk that petrified Mrs. Norris, the cat.

Halloween is a fright night in the next book, Harry Potter and the Prisoner of Azkaban. During the Halloween feast, accused mass murderer Sirius Black tries to enter Gryffindor Tower. When thwarted, he slashes the Fat Lady’s painting frightening the whole student body.

The following year, in Harry Potter and the Goblet of Fire, the Halloween feast is when the Triwizard championship contenders are named. Cedric Diggory representing Hogwarts, Fleur Delacour for Beauxbatons, Viktor Krum on behalf of Durmstrang are the three representatives the goblet has selected, but – trick or treat – a fourth name pops out, Harry Potter.

It remains to be seen what Rowling has in store as a Halloween treat Friday. Last time the author published a new Potter tale, Rowling’s Web site, Pottermore, crashed from the traffic generated. Long-time fans, who have celebrated Halloween with Harry Potter and friends (and likely dressed as one) for many years, will undoubtedly be anxious to spent another Halloween with the wizarding world and Rowling’s latest literary feast.

One Response to "Harry Potter and the Halloween Time"