Sri Lanka Mudslides a Constant Headache to a Worn-Out Country 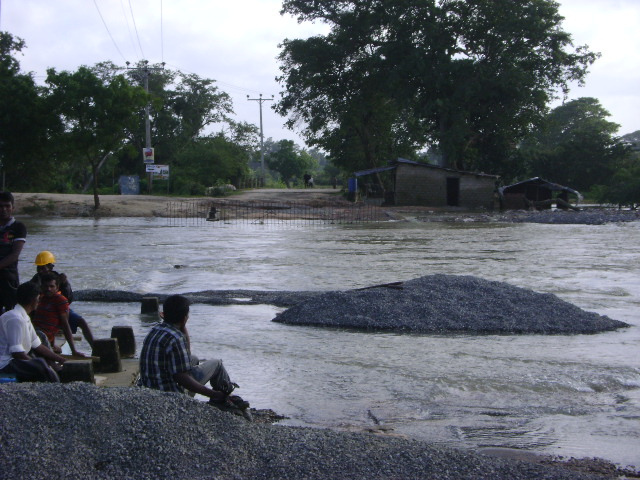 Sri Lanka endured another natural disaster Wednesday when a mudslide flattened homes at the Koslanda Tea Plantation, creating yet another headache to a country worn out by constant weather-related incidents. The mudslides damaged property. More than 100 people are feared missing or dead. Koslanda is 140 miles from Colombo, Sri Lanka’s capital.

Five hundred soldiers spent the day combing through the mud in search of survivors or remains. However, Mano Perera, the region’s top military officer, told reporters that the exercise was being suspended due to the ongoing heavy rains that made the search both futile and risky at the same time. He added that chances of finding any survivors were slim since there were no existing structures to act as air trips to give victims a chance of survival. At least 227 people survived because they were out of their homes when the tragedy struck. Some 75 children were already at their school nearby when their homes were buried, officials said.

Sri Lankan President Mahinda Rajapakse made a trip to Koslanda on Thursday, where he spoke with survivors. He later inspected the Meeriyabedda tea plantation, which was heavily damaged by the mudslides. Tissa Abeywickrama, an official of the Sri Lanka Red Cross Society in the region, said the organization sent several teams to the affected location as soon as the incident happened. The teams supplied essential items to the 200 families housed at the Tamil Maha Vidyalaya in Koslanda where survivors are housed.

The Disaster Management Centre in coordination with the Meteorological Department have informed residents that more rain is expected. The National Building Research Organization (NBRO) has warned residents of possible landslides , especially in the Central and Uva Provinces, and asked them to take pre-emptive measures.

A spokeswoman U.S State Department conveyed condolences to the Sri Lankan government. She commended the country for their speedy response to the disaster. She added that the US was considering their request for assistance. Mudslides and heavy rainfall in Sri Lanka have been a constant headache that has worn out the country’s resources and manpower . In November 2010 Colombo received 18 inches of rain within a 15- hour period; the highest amount of rain in 18 years ,according to the UN office of Humanitarian Affairs (OCHA). The rains displaced more than 260,000 people in Colombo and its suburbs,and also submerged the parliament under four feet of water. In 2004, a tsunami swept through the region, leaving 35,000 people dead and more than one million displaced. The following year, Sri Lanka put in place an early warning system to advise the residents of forthcoming potentially disastrous weather patterns. Sarath Lal Kumara, an official from the Disaster Management Center, told the IPS news Agency at the time that the country would be better prepared to deal with future disasters.

The rainfall pattern is influenced by the monsoon winds of the Indian Ocean and the Bay of Bengal which provide rain throughout the year. While the rains enable the tea crop to do well, giving Sri Lanka boasting rights as one of the world’s leading producers of tea, they continue to be a source of constant headache as they loosen the ground , causing mudslides in a country already worn out by previous natural disasters, with no end in sight.