Justin Bieber Back in the Company of Lil’ Twist [Video] 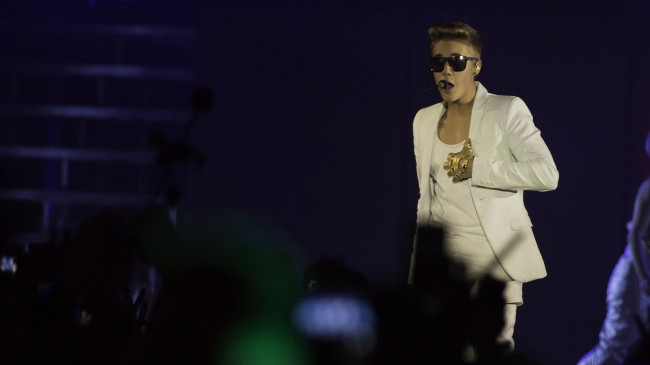 Justin Bieber is raising eyebrows after being spotted back in the company of rapper Lil’ Twist, who was by the Canadian pop star’s side throughout most of his legal troubles in the past year. Twist took to Instagram in the early morning of October 17th to share a photo of the two, with a caption expressing his joy that they were once again hanging out.

The photo is said to have been taken around the same time that the pair enjoyed a night out at Hollywood Boulevard’s Playhouse Nightclub, where they were filmed getting into a vehicle to exit the premises. Most notable of this event was the fact that Bieber was driving, which is believed to related to the fact that Twist already has his fair share of driving conflicts, including a DUI while driving a vehicle belonging to the 20-year-old.

He managed to escape a DUI charge regarding the matter, but was instructed to refrain from further use of other people’s vehicles. Twist was also said to be going over twice the speed limit while driving the Fisher Karma through Bieber’s former Calabasas neighborhood, an event that resulted in a freeway collision that resulted in the death of a paparazzo at the hands of a motorist, a tragedy that stemmed from the aforementioned speeding.

The fact that Bieber’s people do not want him associating with the 21-year-old rapper is somewhat of an understatement. After the events that transpired at the beginning of the year, his representatives essentially ordered him to not longer spend time with Twist or those he chooses to surround himself with. They did their best to convince him that the trouble which followed the lifestyle of his new friends was detrimental to his career, and that if he did not stop engaging in that sort of behavior he was going to find himself without a career at all. This behavior included underage drinking and drugs, which manager Scooter Braun launched something of a campaign to pull him out of as soon as possible. While Bieber was originally reluctant to the idea of being separated from Twist and company, he eventually began to see that his reps were only looking out for his best interests and began to live a cleaner lifestyle.

Part of this choice is said to relate to the feelings of his on-again-off-again girlfriend Selena Gomez, who he has been in an up-and-down relationship for some years now. The pair called things off once again during the aforementioned period of incidents, and sources close to the Texan star say that she was uncomfortable with the way Bieber was living his lifestyle and she did not want to support his choices in any manner whatsoever. She believed his friends to be the instigators behind the trouble her boyfriend was finding himself in on a regular basis, and decided they could not continue further in their relationship if he remained associated with them.

It remains to be seen whether Lil’ Twist will once again start trouble for Justin Bieber and his career. For now, however, their association seems to be going smoothly.