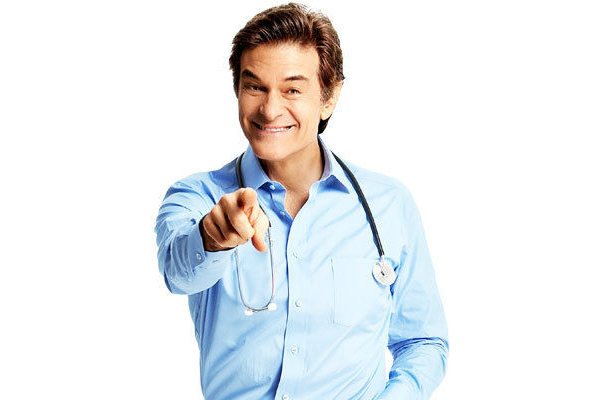 Dr. Mehmet Oz and his special weight-loss miracle are back in the media’s spotlight again. The diet research paper on the famous green coffee bean that Dr. Mehmet Oz touted on his show was recently retracted by the researchers who admitted that it was a sham. According to Retractwatch.com, a blog that keeps track and reports science misconduct and self-correction process, Dr. Joe A. Vinson and D r. Bryan R.  Burnham from the University of Scranton in Pennsylvania retracted their green coffee bean paper, stating that they “cannot assure the validity of the data.”

Even though the paper was published over two years ago in a journal called Diabetes, Metabolic Syndrome, Obesity: Targets and Therapy, the validity of the extraordinary claims that the obese can shed pounds while ingesting green coffee bean extracts was highly skeptical among the science community, Capitol Hill, and the Federal Trade Commission (FTC). Last summer, Dr. Mehmet Oz testified in front of senators who verbally chastised him for his unproven claims and endorsement of the weight-loss product. Last September, the FTC settled a $3.5 million lawsuit with the supplement company — Applied Food Sciences (AFS)– for deceptive marketing and pseudoscience.

The FTC stated in the settlement that AFS had paid researchers in India to run an experiment on obese adults to test whether green coffee bean extract supplement can help drop pounds and fat. The lead investigator of the study kept changing variables, such as the subjects’ weight and other measurements, length of the trial, and “misstated which subjects were taking the placebo” or the supplement” during the experiment. When the study could not get published, the FTC claimed that AFS hired Vinson and Burnham to rewrite the study so that it gets published in a journal. The university researchers never verified the studys authenticity despite the conflicting data. It is not known whether they knew that Dr. Mehmet Oz endorses the product that they were “studying.”

While the researchers admitted that the green coffee bean diet paper was a sham, Science-Based Medicine had exposed several flaws in the study while criticizing Dr. Mehmet Oz. First, the sample population was tiny, which involved eight men and eight women with an average age of 33 years. It took place in a hospital in Bangalore, India, and the study did not mention how the sample population was chosen. The study was never published in clinicaltrials.gov, where negative results are also included — not erased — to ensure validity. “Red flag claims” made in the study should give readers goosebumps. These include everyone in the study lost substantial weight, the product can cause permanent weight loss, and the product can “block” fat absorption.

Such fraudulent studies are nothing new in the science community and this may not be the last of the studies that get retracted. One such retraction was the famous 1998 vaccine and autism study that was published in The Lancet, which was retracted because of the misleading and false data and information and biased experimental setup. Investigative journalist Brian Deer exposed the research scandal, which was led by former physician Andrew Wakefield, on The Sunday Times in 2006. Deer found out that Wakefield was hired by a lawyer — Richard Barr — who wanted to raise a class action lawsuit against the pharmaceutical companies that make the MMR vaccine.

Skepticism is one of the best defenses against fraudulent health claims. As long as companies like AFS and people like Dr. Mehmet Oz and Andrew Wakefield continue to manipulate science for personal gain by deceiving the public, sham research papers like this green coffee bean diet will float around in cyberspace and the media to deceive the unwary and the misinformed.