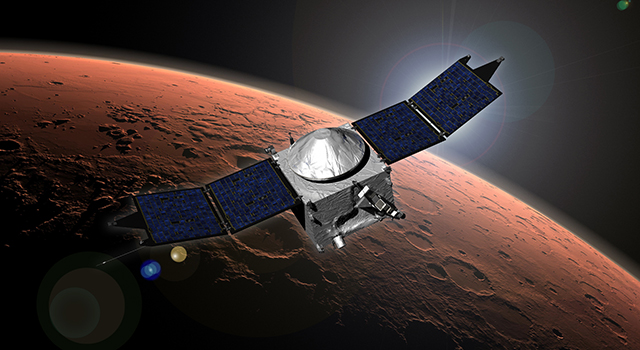 NASA revisited plans for developing suspended animation technology for a manned mission to Mars as senior aerospace engineer Mark Schaffer, of SpaceWorks Enterprises based in Atlanta, Ga. spoke of the project at the International Astronomical Congress (IAC) in Toronto in early October 2014 of science fiction ripening into reality. The idea of hibernating space travelers has been a recurring plot device in countless sci-fi tales for decades. However, with the real world on the threshold of imitating fiction, science teachers have the opportunity to spark students’ creativity and scientific curiosity with projects that explore the mechanisms and practices necessary to establish space torpor as standard operating procedure. From engineering and medical solutions to make long-term deep sleep safe and practical to creative writing assignments that imagine what it would be like to travel in this manner into the final frontier, students can expand their minds with scientific endeavors that broaden the limits of possibility and prepare them for the future reality of technology.

Therapeutic torpor or hypothermia has been common medical practice for the last decade to keep trauma patients alive until proper treatment is available, Schaffer told the IAC attendees. NASA has long hypothesized about suspended animation as a potential long-term scientific solution for the sustained periods of interstellar travel. The Mars mission project creates an environment ripe for the agency to elaborate their experimentation efforts to perfect the science for overcoming the technical challenges in making such a voyage feasible. Scientists are working on solutions for keeping space travelers in stasis for the 90 to 180 days necessary for a long-duration mission and designing the deep sleep habitat and transfer vehicle. Current practice with medically induced torpor has only kept a patient in suspended animation for up to seven days.

Putting astronauts in hibernation as their ship traverses the distances to Mars would reduce the cost and mass required of a space mission by allowing NASA to use smaller ships, with fewer supplies such food, water, clothing, exercise gear and clothing. Space travelers would be fed intravenously during the sleep period. SpaceWorks conducted a NASA-funded study looking at cooling the body to torpor state through an internasal drip rather than cooling pads, which could cause tissue damage from shivering. A person would come out of stasis when the drip was stopped and rewarming pads applied as a backup. They considered the options of putting the whole crew in suspended animation versus alternating shifts that would keep one crew member awake at all times to monitor and maintain the ship and science experiments. Schaffer admitted that there is more work to be done to ensure the long-term safety of stasis.

The unanswered questions about suspended animation are ripe for science teachers to posit problems for students to explore. The creative thinking stimulated by such experiments can fuel creative writing, art and science projects that ignite young scientists to imagine the future of technology in ways they never dreamed before. Promising designs have the potential to go even further as NASA welcomes the submission of innovative ideas from the public and students. The Centennial Challenges even offer cash prizes for successful challengers. Winning projects must be relevant to NASA’s current interests; therefore, ideas for the habitat design and a safe and sustainable stasis process are prime candidates for submission given the agency’s goal to launch a manned test flight in the early 20s and a manned Mars mission by the mid-30s. SpaceX, led by visionary Elon Musk, aims to beat the government agency by a decade or so and put humans on Mars by 2027. With both NASA and SpaceX putting millions of dollars into the race to set foot on Mars, young engineers, scientists, architects and visionaries can capitalize on the excitement to insert themselves into a new wave of pioneering into deep space.