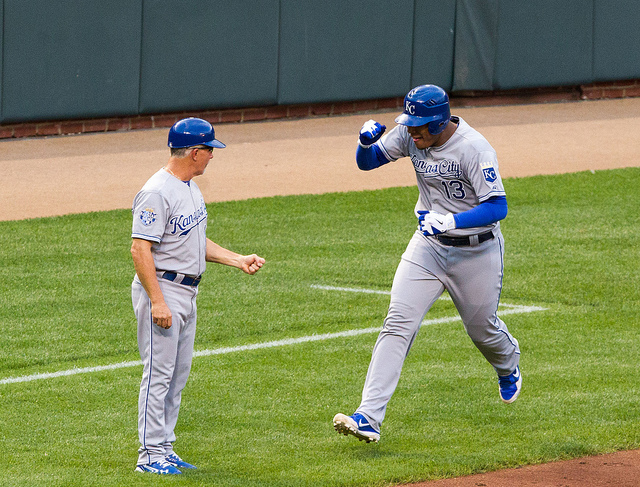 The San Francisco Giants made the trip to Kansas City for Game 6 of the World Series with one goal in mind; win this game and win the series. The Royals were fighting to keep their historic out of the blue run alive. The World Series was at 3-2 in favor of the Giants and game 6 has historically been an exciting one.

In the 2011 World Series, the St. Louis Cardinals were down to their final strike in the bottom of the ninth inning. Facing elimination, David Freeze hit a two run double to tie the game and send it in to over time. Fast forward to the eleventh inning, again down by two runs with two outs and Freeze at the plate again, he knocked out a walk off home run saving the series for the Cardinals. The Cardinals would win in-game 7 giving them the 2011 World Series titles.

There was not much action in the first inning. The Giants went three up three down. The Royals did not fare much better, only getting one hit and no runs.

The Second inning saw some the bats come alive as Hunter Pence got on base with a double. Pence is 10-20 this World Series, giving him a .500 batting average. No runs were scored however.

With the Royals up to bat for the second time they jumped all over the Giants. With two runners on and no outs, Mike Moustakas hits a ground ball that hops directly over first base staying fair. One runner came around to score, giving the Royals a 1-0 lead and runners in scoring position. Jake Peavy was able to strike out the next batter. With one out Alcides Escobar hit a short one hopper to the second baseman who panicked trying to decide if he wanted to throw to home and save the run or let the runner on first. His hesitation cost him the out, loading up the bases with only one out. Nori Aoki knocked in another run with a ground ball. With the score now 2-0 and the bases still loaded with one out, Peavy’s night came to an early end.

With Yusmeiro Petit on the mound Lorenzo Cain was able to hit a midfield blooper to center allowing two more runs to score. The Royals now lead 4-0 with two runners on and only one out. Eric Hosmer hit a double bringing in both runners bringing the score to 6-0 with still only one out. The frustration was visibly setting in on the faces of the Giants players and coaches. Billy Butler came up to bat, another double and another run for the royals, making it 7-0.

Not a whole lot happened in the next few innings. The Royals kept sprinkling runs here and there, giving them a 9-0 lead going into the seventh inning. The Royals were beating the Giants in the same manner in which they were blown out in-game six. 9-0 in the World Series, the Royals look like the Giants stole their lunch money back in high school.

Heading into the ninth inning down 10-0 the Giants seemed ready to call it a night and prepare for game 7 tomorrow night. Tim Collins was on the mound to take on everyone the Giants had left. First to the plate was Michael Morse who hit a fly ball to Eric Hosmer for the first out. Juan Perez would be next to bat. Perez got on base with a ground ball to right field. Matt Duffy would strike out, leaving the fate of the Giants hopes on Gregor Blanco. Blanco would go down swinging.

In a game that was essentially over after just two innings, the Royals were able to stay alive in the World Series. With the never-say-die attitude of the Royals, they have just allowed fans to hear the two greatest words in all of sports: Game Seven.